No, India Is Not Becoming America’s Client State 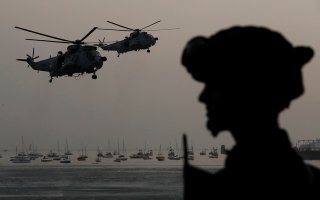 Crises bring out the best and worst in individuals, and the same appears to be the case for nation states. While rivals China and the United States engage in a high-profile war of words amidst the COVID-19 crisis, India has chosen the approach of collaboration over confrontation, even as the United States has also aimed its own sites against it.

The anti-malarial drug hydroxychloroquine (HCQ) that President Donald Trump called “a game-changer” in combating COVID-19 was touted as a possible treatment, despite only anecdotal evidence in its favor. Trump’s seemingly retaliatory threats against India—often dubbed “the pharmacy of the world” that produces 70 percent of the world’s HCQ—made at a White House press briefing if it failed to lift its export ban on the drug certainly gained the attention of officials in New Delhi.

In the age of social-media driven news, language matters more than ever in diplomacy and “retaliation” is not a word typically reserved for an ally. However, Trump’s delivery often leaves much open to interpretation, which is not lost on India’s leaders. Opinions differ over whether New Delhi reconsidered its position on HCQ export before Trump’s alleged threat or after, and whether Trump actually threatened retaliation.

Unsurprisingly, India’s U-turn in lifting the ban days after imposing it invited sharp criticism at home. Rahul Gandhi, leader of India’s main opposition Congress party, stressed how “Friendship isn’t about retaliation,” while commentator Stanley Johny stated that “a strategic partner is not a client state.” This is hardly the first-time critics have pointing to India buckling under American pressure. In 2019 India ceased buying crude oil from Iran to appease the United States, shedding its traditional ‘strategic autonomy’—broadly defined as “a state’s ability to pursue policies in favor of its national interest without being constrained by other states” in the process.

Questions about what this episode means for Indian diplomacy are not unwarranted. After all, America is India’s strategic ally as ties have significantly warmed in recent years. A strong congruence of interests underpins the relationship and annual bilateral trade stands at $160 billion. As early as February, India rolled out the red carpet for Trump and his family with much gusto. In September 2019, Prime Minister Narendra Modi controversially endorsed Trump for the 2020 American elections at the historic “Howdy, Modi!” event in Houston. The personal rapport between the two has ensured that the American President is amongst the Indian leader’s famous bromances. However, as COVID-19 has demonstrated, the close personal ties have not spared India from the U.S. President’s bellicose rhetoric and aptitude for regular foreign policy flip-flops. Just last year, Trump did not refrain from labelling India “the Tariff king” further demonstrating the political minefield India must navigate.

Despite these veiled threats, New Delhi has exhibited pragmatism and humanitarianism with its decision to lift the export ban. Consistent with India’s global solidarity and cooperative approach amidst the COVID-19 crisis - from spearheading regional cooperation in minimally integrated South Asia to inspiring the virtual G20 session—Modi is seizing available diplomatic opportunities and setting the right precedents to address shared threats.

India has a clear understanding of the COVID-19 threat facing the United States. With more than 50,000 deaths and the highest number of infections, the United States is currently among the worst hit countries. Denying a strategic partner during its hour of greatest need would have been shortsighted and bereft of India’s cooperative approach. In lifting the ban on HCQ, India displayed its ability to rise above politics despite Trump’s consistent politicization of COVID-19 response efforts.

The larger concern, as India struggles with its own surge in infections, is whether it has enough supply to meet the demands of its huge domestic population. India can produce 100 tons of the drug per month—sufficient to treat around seventy million people. India’s Ministry of External Affairs as well as several pharma industry officials have emphasized their sufficient HCQ stock to cater to domestic and global demand. If these estimates are correct and India is not endangering its own interests, allowing partial export of the drug on humanitarian grounds is welcomed.

India’s decision is also a modest counter to rival China’s attempts to help the world through supplies and experience sharing after effectively combating its own situation. After evacuating nationals of several countries and sending teams of doctors and supplies to South Asian nations, including China, India is in the process of exporting HCQ to fifty-five countries, further demonstrating its globalist approach.

Close alliances and partnerships go beyond the individual theatrics of erratic leaders, as international relations entail more than short-term calculations. The India-U.S. relationship is certainly an example, often referring to each other as “natural allies” and “destined partners.”

It is tempting for countries to adopt a zero-sum approach to foreign policy, but whether COVID-19 worsens or dissipates, nations will depend on these alliances and partnerships in normal circumstances and during times of crises. As former U.S. president Barack Obama once stated, the U.S.-India relationship is a defining partnership of the twenty-first century. Despite the current American administration’s retreat from multilateralism and adoption of a more transactional approach, the U.S.-India. Bilateral relationship will likely strengthen and endure. Yet it remains paramount for India to keep its options open and play its cards at the right time.

Shairee Malhotra is the 2020 South Asia Fellow at Young Professionals in Foreign Policy, and Associate Researcher at the European Institute for Asian Studies (EIAS) in Brussels. A graduate of Queen Mary University of London where she received her MA in International Relations, Shairee has over six years of experience in think tanks in Mumbai and Brussels and has also worked with the European External Action Service (EEAS) - the official foreign policy arm of the EU. Previous examples of Shairee's work can be found in Haaretz here and here, and in the Diplomat here.