No Nation Owns The Ocean, But These 5 Navies Control It 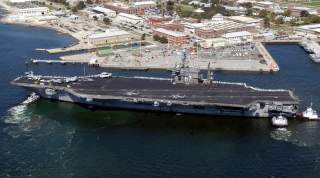