No Need to Worry About China's Aircraft Carriers or Stealth Fighters 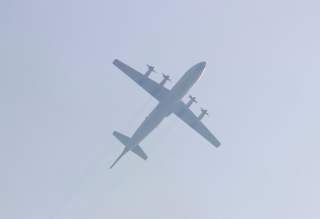 Key Point: "Peace disease" is a real consequence of relying on technology that have never been tried on the battlefield.

China’s rapid military modernisation has triggered an intense discussion about Australia’s defence priorities, reviving old debates about an independent ‘defence of Australia’ doctrine or a deeper alliance with the United States. Missing from that debate, however, is an understanding of the weaknesses and shortcomings of the People’s Liberation Army.

Arguably the most important of these for Australian defence planners to understand is what Chinese President Xi Jinping calls the PLA’s ‘peace disease’ (和平病). This malaise, basically a lack of combat experience, has been blamed by Chinese commentators on an inability to train under realistic conditions and goes to the heart of the Chinese Communist Party’s worries about the PLA’s capability.

The CCP is concerned that the PLA doesn’t understand the intensity of modern combat. In a recent article for the PLA’s official newspaper, the People’s Liberation Army Daily (解放军报), Chen Yongyi and Liu Yuanyuan write that ‘during times of war troops are engaged in battle with the enemy insight’. They argue that being in proximity to the enemy helps PLA personnel become aware of both the responsibilities and challenges of the modern battlespace. While some generals might bemoan a lack of combat experience, finding a way to address the problem short of outright war would allow the PLA to further narrow the gap with the US military.

Nevertheless, to assuage Xi’s fears about the PLA’s lack of appreciation of the intensity of modern conflict, the CCP has emphasised the need to improve the quality of the PLA’s training. At the start of this year, the PLA Daily ran a front-page editorial urging personnel to ‘firmly grasp realistic combat exercises’ in order to meet Xi’s goal of a more lethal military that can match a high-end adversary.

However, despite the focus on improving the quality of military training, issues in performance and readiness linger in the PLA. Chen Dianhong from the PLA Daily reported recently that the 75th Group Army was suffering acutely from a lack of preparedness for combat. ‘The quality and amount of equipment are unsatisfactory and insufficient for daily training’, the brigade leader noted. It’s not clear that the CCP is entirely convinced that the 75th, or other corps for that matter, can meet Xi’s lofty targets for modernisation.

The symptoms of poor performance and readiness might manifest themselves in large training exercises, but they begin in basic training. Writing in the PLA Daily, He Junlin and Sun Yanbao argue that ‘only through improved basic training can the full potential of [the PLA’s] weapons be realised, comprehensively raising combat effectiveness’. Their comment demonstrates that the CCP is concerned about a mismatch between the quality of the PLA’s armaments and the quality of the personnel deploying them. To resolve this issue, the CCP expects the PLA to improve the basic training of new recruits.

Better training alone is unlikely to cure the PLA’s peace disease. Timothy Heath from the RAND Corporation notes that even ‘combat experience does not automatically translate into military advantage’; militaries must go further and internalise the lessons from combat operations and training exercises. Dennis J. Blasko has shown that the PLA does have a record of providing self-assessments of training performance, which may institutionalise good practice in preparation for modern conflict. Though some of these measures might be accurate, the PLA also suffers from inaccurate assessments of its own performance during basic training and combat exercises.

These inaccurate self-assessments are another symptom of the PLA’s problem. Xu Tao recently penned an article in the PLA Daily warning personnel against providing ‘critical praise’ (批评式表扬) in order ‘not to lose face’ during performance appraisals. This indicates that some soldiers may be pointing out weaknesses that don’t exist, while exaggerating strengths. Although the short-term effects of ‘critical praise’ might be restricted to false performance appraisals, the PLA’s long-term force development could be harmed by officers prioritising exercises that personnel find easy over exercises that they find difficult.

This gets to the pathogeny of what Xi calls the ‘peace disease’. Without recent experience in combat operations, military personnel could become unable to recognise weaknesses in performance relevant to modern warfare. Should these weaknesses be allowed to metastasise, the PLA’s force development for vital missions could be harmed over time. The attention Xi has paid to the PLA’s lack of experience suggests that it’s a worry for the CCP. Whether or not Xi has found the right cure remains unclear.

For Australian defence planners, the CCP’s concerns about the PLA demonstrate that China is still coming to terms with its military modernisation. Significant improvements have undoubtedly been made in the quantity and quality of weapons platforms that can be deployed by the PLA, especially in the air and maritime battlespaces. But without major improvements in the quality and training of personnel, the PLA’s ability to prosecute the increasingly ambitious aims of the CCP is likely to be constrained.

Charlie Lyons Jones is a researcher with ASPI’s defence, strategy and national security program. This first appeared in ASPI's The Strategist here. This piece was originally featured in August 2019 and is being republished due to reader's interest.