No One Was Safe From Adolf Hitler In World War II, Not Even Switzerland 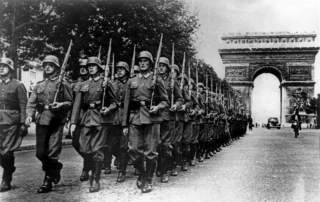 Key point: Switzerland would have quickly fallen if Hitler decided to invade.

True, the Swiss can argue that the thought of conquering their nation-in-arms deterred the Germans. Yet Yugoslavia was a mountainous nation populated by extremely fierce people, and the Germans still chose to conquer it in April 1941.