No One Is Watching the Coronavirus Stimulus Money 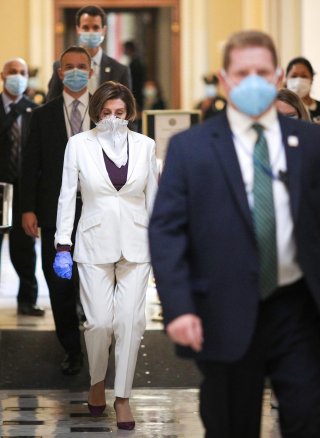 Before Congress races ahead with another stimulus, shouldn’t lawmakers ensure their previous spending hasn’t veered off course?

The first round of stimulus, known as the CARES Act, passed in late March, and the legislation provided about $2 trillion in spending and subsidies to defibrillate moribund markets. Weeks later, lawmakers supplemented the CARES Act with another half trillion dollars. Now, congressional leaders are negotiating a third big‐​bucks bill.

All the while, oversight has been out to lunch.

As I explained in the New York Daily News, the original stimulus (the CARES Act) included three layers of supervision. Shortly after signing the bill, President Trump effectively disavowed two of these mechanisms. That left one layer—a Congressional Oversight Commission—which I described as follows:

The act creates a Congressional Oversight Commission, comprised of lawmakers selected by party leaders in Congress. The Commission is empowered to obtain information directly from agencies, by subpoena if necessary, and to report to the full Congress.

So, how’s the Commission going? Not well, alas.

Three weeks after the passage of the CARES Act, Jennifer Haberkorn of the Los Angeles Times reported that the Commission had made one hire, who “has so far tried to do the body’s work from his Twitter account and through public comments and op‐​eds.” That’s pathetic!

[A] month after the $2.2 trillion CARES Act was signed into law, the key entities lawmakers created to oversee the massive federal response to the virus haven’t even started their work yet …

A troubling example … is a five‐​member congressional commission to oversee the CARES Act money that still lacks a chair, who has to be agreed upon by Speaker Nancy Pelosi (D-CA) and Majority Leader Mitch McConnell (R-KY).

“They should have been prepared to make those appointments within 24 to 48 hours,” said [Rep. Katie Porter (D-CA)]. “It’s definitely hampered the ability for oversight to be effective. We have definitely wasted, misused taxpayer money because of that delay.”

Rep. Porter’s sense of urgency is praiseworthy. Unfortunately, few of her colleagues seem to share her sentiment. As I told The Daily Beast, the prevailing oversight mindset in Congress is to “get around to it,” which simply “isn’t good enough.”

The upshot is that Congress is plowing ahead with a third stimulus, even though lawmakers haven’t started oversight of the first round of spending. Not coincidentally, there have been daily reports of stimulus gone awry.

There’s an old saw, about how the definition of insanity is to repeat the same action while expecting different results. By this standard, Congress is crazy when it comes to proper stewardship over trillions of dollars in stimulus.

This article by William Yeatman first appeared in CATO on April 30, 2020.