No Sharing: Password Sharing Is Forcing Layoffs at Netflix 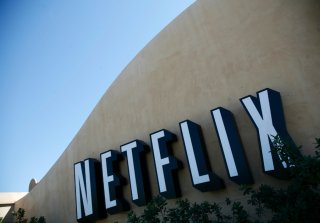 Following its lackluster first quarter, in which it lost subscribers for the first time in memory, Netflix hinted that it would be cutting some costs. Previously, however, it indicated that those cuts would primarily come from less spending on content.

“Our revenue growth has slowed considerably as our results and forecast below show,” the company said in its quarterly letter to shareholders. “Streaming is winning over linear, as we predicted, and Netflix titles are very popular globally. However, our relatively high household penetration—when including the large number of households sharing accounts—combined with competition, is creating revenue growth headwinds.”

Those cuts have now arrived, in the form of layoffs.

According to Deadline, Netflix has announced that it is laying off 150 workers, mostly in the United States. The firings, per the report, are “a significant portion in creative, across both film and TV,” including some executives.

In late April, Netflix announced several layoffs at Tudum, a fan-focused website that had launched only a few months earlier. (“Tudum” is the sound that plays on the service when users sign in.)

“As we explained on earnings, our slowing revenue growth means we are also having to slow our cost growth as a company. So sadly, we are letting around 150 employees go today, mostly US-based,” a Netflix spokesperson told Deadline.

Netflix did not comment on the names of any of those laid off, but several such people announced their layoffs on Twitter.

“These changes are primarily driven by business needs rather than individual performance, which makes them especially tough as none of us want to say goodbye to such great colleagues. We’re working hard to support them through this very difficult transition.”

Meanwhile, Variety reported that Netflix has scrapped several planned animated projects, in addition to some others that were already canceled last month. Animation Magazine reported that 70 of the 150 layoffs came in the animation division.

The company sent out another memo last week that detailed a new Artistic Expression section.

“Not everyone will like—or agree with—everything on our service,” the memo said, in language widely believed to reference the recent controversy over the most recent special on the service from comedian Dave Chappelle.

“While every title is different, we approach them based on the same set of principles: we support the artistic expression of the creators we choose to work with; we program for a diversity of audiences and tastes; and we let viewers decide what’s appropriate for them, versus having Netflix censor specific artists or voices.”