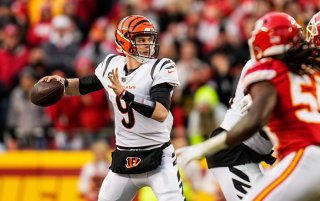 For many years, there have been reports about how major sporting events, most notably the NCAA men’s basketball tournament, are going to cost employers millions of dollars in lost productivity.

Those figures nearly always come from Challenger, Gray, & Christmas, a Chicago-based executive outplacement firm, and its reports are cited in the media frequently. Slate, in 2006, pretty definitively debunked their estimate that $3.8 billion in productivity would be lost due to that year’s March Madness tournament.

There were a few reasons to doubt those numbers, according to Slate. For one thing, only the first two days of the NCAA tournament have games scheduled during the workday, with the remaining games all played on nights and weekends and therefore not interfering with the traditional workday.

Furthermore, as Slate said, “‘wasted time’ is built into every workday,” and the time workers took to fill out brackets, talk about the games, or sneak away to watch first-round games may very well have been wasted in some other way, as it is every week no matter where that particular week falls on the sports calendar.

What About the Super Bowl?

Now, the same firm’s reasoning has been applied to the Super Bowl. Even though, as always, the big game is being played on a Sunday.

Challenger, Gray, & Christmas doesn’t appear to have put out a press release with those numbers, but it did release a blog post ahead of last year’s Super Bowl, when its lost productivity number was the slightly lower $6.1 billion. That figure was extrapolated from the Workforce Institute’s “2020 Super Bowl Fever Survey,” in which 17.5 million American workers claimed that they were planning to take the day off on Monday after Super Bowl LIV.

The 2021 blog post said that “interested workers will spend at least ten minutes each day leading up to the Super Bowl discussing the game, managing office pools, and/or researching the two teams and their players.”

Nothing But Wasted Time

But once again, the time “wasted” doing that, in any other week, may very well have been wasted on something else. After all, there have been football games every weekend since September, leading to all of the same weekday activity—gambling, post-game discussion, or injury analysis—that happens before the Super Bowl. Possibly even more, since standard fantasy football is played during the regular season but not Super Bowl week.

Furthermore, the 17.5 million number is from 2020. Those numbers come from a pre-pandemic world, in which work looked very different than it does today, and far fewer people were working from home than are now. Whatever changes have been made to worker productivity in the last two years have likely been seismic, compared to the small difference occasioned by the Super Bowl being this week.

And second, not everyone who answered a survey claiming they would take a specific day off necessarily went ahead and did so.

After all, the Super Bowl doesn’t end all that late at night—around 10 p.m. on the East Coast—and the big game doesn’t tend to be followed by late-night partying, with the exception of the one city each year that wins the championship. If the Bengals win their first Super Bowl ever on Sunday, you can probably expect a noted lack of worker productivity in the Cincinnati region on Monday. But it probably won’t be a large-scale phenomenon that’s replicated around the country.

Some further questions occasioned by all of this are perhaps more important: why should anyone who doesn’t own a company care about lost worker productivity? Isn’t paid time off a good thing? Challenger, to its credit, did in 2021 endorse the idea of the Monday after the Super Bowl being treated as a holiday.