No, A Wealth Tax Is Not Like A Cigarette Tax 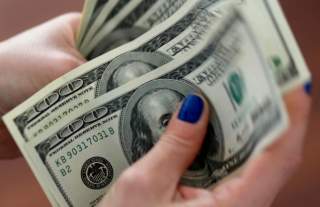 Key point: Saying a wealth tax is like a cigarette tax is bad economics and a bad comparison.

Neil Irwin of the New York Times says Elizabeth Warren’s wealth tax should be thought of as akin to a cigarette tax, rather than an ordinary revenue raiser.

The point of it, he says, is not just to raise some funds for new government programs, but to deter vast wealth accumulation in the first place. This, he concludes, makes it a Pigouvian tax. As with these types of taxes on cigarettes, its aim is in part to reduce the activity it is taxing (the ranks of the super wealthy).

This is not very convincing and very confused on the economic theory.

The idea behind Pigouvian taxes is not that certain products or activities are inherently “bad,” but that their consumption generates broader social costs than those faced by the individual consumer. In a free-market, I might buy and smoke cigarettes, faced just with the private costs to me of purchasing them and any health consequences. But when I smoke, others around me might suffer the health costs associated with second-hand inhalation. This negative externality is said to be a “market failure” – meaning total consumption is beyond some “social optimum.” A tax can, theoretically, be imposed which incorporates these broader social costs into the price of the product. If imposed, total consumption will fall to the “correct” level with regards to economic efficiency.

Now, as I’ve noted before, there are all sorts of problems with Pigouvian taxes achieving efficiency in reality. This framework has been bastardized beyond all recognition in recent years, not least through people claiming things as external social costs that aren’t and using this framework to advocate for taxes that are much higher than justified by any reasonable account of real externalities.

But Irwin’s article is unconvincing for a simpler reason: he doesn’t actually outline what the supposed external costs associated with top wealth actually are! He just takes it as given that having super wealth is damaging to others, and thus a Pigouvian tax is justified. Given most top US billionaires are self-made entrepreneurs who got rich out of generating vast consumer surplus (see Section 3), this seems a remarkable assertion.

Now, some others have tried to help Irwin out. Elizabeth Warren’s wealth tax architects Emmanuel Saez and Gabriel Zucman claim that the super wealthy have a negative oligarchic effect on politics. Some say that they can wield influence on politics through donations, and that could be considered an externality on others, if it changes political outcomes.

But as I wrote last week though, the evidence for the super wealthy having a big impact here, particularly in comparison to other interest groups, is weak. As Larry Summers recently explained at PIIE, to be a top donor requires far less money than these top billionaires possess, and so targeting all super wealthy people (irrespective of whether they are politically active) to reduce this perceived problem is bizarrely untargeted and unlikely to internalize the problem. In fact, it may exacerbate the role of vested interests in politics, if wealthy people instead disperse funds to much more powerful interest and pressure groups to avoid the tax.

Another claim might be that a lot of rich people get super wealthy because of cronyism or uncompetitive markets. A wealth tax might deter the incentive to engage in such activities, bringing broader benefits to society. But, as noted, a wealth tax’s crude application to all super wealthy would mean that, by the same logic, it would also disincentivize entrepreneurial activity and innovation that has huge positive spillovers to society.

So, no, a wealth tax is not like a cigarette tax. First, unlike with cigarettes, it’s unclear what the negative externalities associated with top wealth are. Second, even on the supposed mechanisms people suggest, a wealth tax would be crude and badly targeted, so not accounting for the supposed social costs they indicate accurately.