North Korea Could Strike with Swarm Weapons (From 1947) 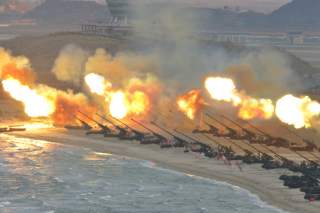