North Korea Has Trillions of Dollars in Mineral Wealth 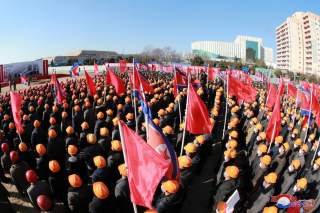 Key point: If Washington isn’t serious about the rare earth resources of North Korea, then the winner, once again, could be Beijing.

Patricia Schouker is an energy and security analyst based in Washington D.C. She is a Non-Resident Fellow at the Payne Institute Colorado School of Mines and an Associate Member of New College, Oxford University.  Twitter: @Patricia_Energy  This article first appeared last year.