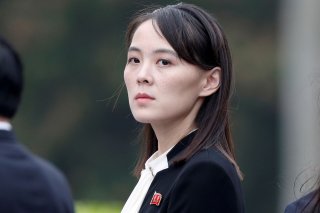 The Liaison Office functioned as a communication channel between the North and South, as the two countries do not share diplomatic relations. The office, located in North Korea’s Kaesong Industrial Region, served as a de facto embassy.

The basis for the Office was detailed in the 2018 Panmunjom Declaration, signed by North Korean leader Kim Jung-um and the South Korean President Moon Jae-in. The Office hosted meetings between the two countries, which focused on areas in which the two countries could cooperate towards shared goals.

One of the noteworthy results of the meeting office was a meeting between North Korean Vice-Minister of Physical Culture and Sports Won Kil U and South Korean Vice Minister of Culture, Sports and Tourism Roh Tae-kang. The meeting resulted in a bid to host the 2032 Olympic games in both North and South Korea, with a unified Korean team to participate in the 2020 Olympics. South Korea reportedly spent over $8.6 million to refurbish the office facility.

The building’s demolition was not totally unexpected. Kim Jung-un’s sister, Kim Yo-jong gained prominence in recent months as North Korea’s go-to person on inter-Korean affairs. In a sign of the 32-year old’s favor with leader Kim Jung-un, Yo-jung became the first member of the Kim family to visit South Korea during the 2018 Olympic Winter games.

Most recently, she foreshadowed the building’s demolition, saying that “before long, a tragic scene of the useless North-South joint liaison office completely collapsed would be seen.”

Shortly before the building’s demolition, Yo-jung announced that the North Korean Army was preparing to enter the demilitarized zone that separates the North and South Koreas. The announcement was seen by some analysts as a way for North Korea to vent frustration with South Korean activists who sometimes send flash drives, paper bulletins, or DVDs containing information on life in the South across the border via balloon or drone.

In addition to eliminating diplomatic communication facilitated by the Liaison Office, North Korea announced that military communication lines would also be cut.

Though the Korean War ended in 1953, North and South Korea have never signed a peace agreement, leaving both countries technically still at war with one another.

Though certainly serious, demolishing the Liaison Office and threatening the DMZ with invasion may be aimed at North Korea’s domestic population. Economic prosperity in North Korea continues to be an issue, as does a huge inequality chasm.

Moreover, the coronavirus pandemic is rumored to be affecting large parts of North Korea. Though reliable data is next to impossible to find, some North Korea analysts speculate that the North may be particularly vulnerable to the viral pandemic due to their geographic proximity to pandemic’s epicenter, their economic reliance on China, and thanks to widespread immunodeficiencies in the North Korean population due to factors like malnutrition and an ineffective healthcare system.