North Korea Seems Calm Now, But In 2010 It Sunk a South Korean Warship 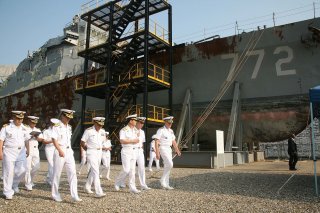 Key point: The Kim family has frequently attacked South Korea over the years.