North Korea's Underground Bunkers And Bases Are A Nightmare For America 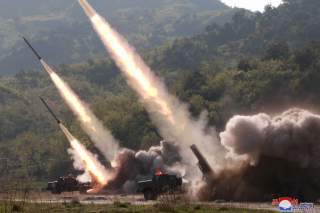 Key point: These fortifications have the potential to not only enhance the Korean People’s Army’s ability to mount a surprise attack, but also to prolong the war, confounding the high-tech armed forces of its adversaries.