Northrop and Raytheon Team Up on Next-Generation Interceptor 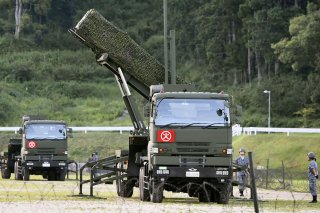 Mobile intercontinental ballistic missile (ICBM) launchers, nuclear weapons traveling at hypersonic speeds, and precision-guided re-entry vehicles all pose serious challenges to the U.S. Missile Defense Agency. However, industry partners are working to counter these threats through innovation, science, and technology efforts. These include new weapons such as power-scaling lasers as well as a Next-Generation Interceptor (NGI) initiative which aims to deploy a new missile defense system by the end of the decade.

While many of the technical details are not available for security reasons, NGI technologies are taking shape, early prototype components are being built, and weapons developers are achieving breakthroughs.

Northrop Grumman has partnered with Raytheon on an NGI development program to optimize innovations and technical progress through programs such as Northrop’s Ground Based Strategic Deterrent (GBSD) ICBM and Raytheon’s SM-3 Block IIA interceptor missile, both of which harness breakthrough technologies in the areas of sensing discrimination, targeting precision, range, and functional reliability.

“MDA told industry ‘don’t bring us paper rockets, we want you to bring us technology-proven capability that you can integrate and bring to bear,’” the Northrop Weapons developer said

While naturally, neither the MDA nor its industry partners are offering detail regarding specifics of the new weapon, which will replace the existing ground-based interceptors, due to security reasons, there are some general parameters that the MDA does discuss. The new interceptor, which will fully emerge around 2028, will need to be “fast” and likely armed with multiple “kill vehicles” such that it can take out several ICBMs at one time in space.

The idea with this kind of developmental strategy, Missile Defense Agency developers have told The National Interest, is to engineer new systems which can quickly and consistently be upgraded and modified as needed.

Known for its SM-3 IIA interceptor, which for the first time in history, has shown it can destroy an ICBM-type target, Raytheon has spent many years working to further refine and advance its seeker technologies designed to guide kill vehicles and discriminate and discern between multiple objects flying quickly through space. Interceptors will increasingly rely upon a need to distinguish decoys from actual ICMBs, debris, or other countermeasures intended to confuse interceptors, therefore improving the prospects for an ICBM to pass through to its target. Also known for engineering the Exo-Atmospheric Kill Vehicle and previous progress with a Multiple Kill Vehicle interceptor, Raytheon hopes to build upon technical advances to engineer a new generation of promising, precision-guided kill vehicles. While neither Raytheon nor Northrop elaborated on any technical specifics related to their offering, it is likely that any NGI offering will seek to incorporate multiple kill-vehicle interceptors and a new generation of seeker technology to discern and target threats to, if need be, destroy multiple ICBMs at one time