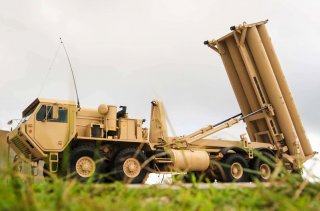 Lockheed Martin and Northrop Grumman have received contracts in order to “design the next-generation interceptor for the U.S. missile defense network,” Reuters reported this week, citing a document that the news outlet has seen.

“With an estimated maximum value of $1.6 billion through fiscal year 2022, this contract award is structured to carry two designs into the technology development and risk reduction phase of the acquisition program to reduce technical and schedule risk. This award will ensure NGI is an efficient and effective part of an integrated Missile Defense System (MDS) solution,” the Missile Defense Agency said in a press statement issued by its public affairs office.

Northrop received a $3.9 billion contract, while Lockheed’s was for $3.7 billion, provided they are fully funded through their entire “performance period.” Boeing, per Bloomberg News, was left out of the contracts, which were described as the first major defense procurement of the Biden era.

The Washington Post said that Boeing was given a $6.6 billion contract in 2018 for a missile defense interceptor, although the contract was later canceled.

“Boeing is disappointed the U.S. Missile Defense Agency (MDA) did not advance our team to the next phase of competition in the development of the Next Generation Interceptor (NGI) competition,” Boeing said in a statement published by The Washington Post.

Bloomberg News characterized the awards as a combined $1.6 billion through 2022, at which point the program will be reassessed. The idea is to have two separate designs, and eventually, a winner-take-all selection will be made.

The system will be part of the Ground-based Midcourse Defense, described by Reuters as “a network of radars, anti-ballistic missiles and other equipment designed to protect the United States from intercontinental ballistic missiles (ICBMs).”

“Today’s awards are an important step in modernizing our Missile Defense System,” Stacy Cummings, who is performing the duties of Under Secretary of Defense for Acquisition and Sustainment, said in the Pentagon’s announcement.

“NGI plays an important role in our homeland defense, and our acquisition strategy is ensuring the department maximizes innovation to keep pace with rapidly advancing threats.”

The announcement comes days after North Korea carried out a missile test, its first in about a year, and the first during the Biden administration. North Korea is seen as one of the adversaries who make the missile defense system necessary.

“NGI is the result of the first holistic technical assessment of homeland defenses the department has conducted since initial system operations began in 2004,” Vice Adm. Jon Hill, the director of Missile Defense Agency, said in the press statement.

“By planning to carry two vendors through technology development, MDA will maximize the benefits of competition to deliver the most effective and reliable homeland defense missile to the warfighter as soon as possible. Once fielded, this new homeland defense interceptor will be capable of defeating expected threat advances into the 2030s and beyond.”