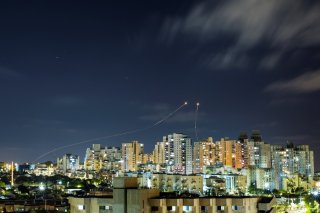 Northrop Grumman announced this week that it had recently completed its critical design review of the Hypersonic and Ballistic Tracking Space Sensor (HBTSS) prototype for the U.S. Missile Defense Agency (MDA). The defense contractor said this review established the company’s technical approach for precise, timely sensor coverage to defeat ballistic and hypersonic missiles.

With the upgrade, the HBTSS satellites will be able to provide continuous tracking and handoff to enable targeting of enemy missiles launched from land, sea, or air. The HBTSS satellites serve as a critical part of the Overhead Persistent Infrared (OPIR) multi-layered constellation of satellites. That constellation can sense heat signatures to detect and track missiles from their earliest stages of launch through interception.

Northrop Grumman’s HBTSS satellites were also designed to track threats with near-global reach when prompted by other OPIR systems, which would be well before they come into view of U.S. ground-based defenses.

“When it comes to national safety, there’s no room for error,” Sarah Willoughby, vice president, OPIR and geospatial systems, Northrop Grumman, said in a release. “This critical design review puts Northrop Grumman on track to deliver a vital component of our missile defense architecture to keep the U.S. and its allies safe against hypersonic threats.”

Hypersonic missiles have been seen as a potential gamechanger because they would be difficult to track and even more difficult to counter.

“In the early stages of a conflict, hypersonic weapons can be used to take out high-value targets such as air defense systems, command and control centers, and supply depots to cripple any offensive capabilities,” said Tushar Mangure, defence analyst at data and analytics company GlobalData, in an email to the National Interest.

“Among the various technologies required to counter this, the U.S. Missile Defense Agency (MDA) is aggressively working on developing a HBTSS and Northrop Grumman’s prototype will play a vital role in ensuring US supremacy in the missile defense arena in the coming decades,” Mangure wrote. “The HBTSS will be part of a space-based multi-layered satellite network for missile detection and tracking.”

A concern for the United States is that it is now trailing its near-peer adversaries in the development of hypersonic weapons. China recently tested a hypersonic missile, while Russia has conducted multiple tests of its Tsirkon hypersonic missile over the past year.

The development of HBTSS satellites could help address the threat – even if it couldn’t actually stop it from coming.

“The lead that China and Russia have in hypersonic technologies is of serious concern to the U.S.,” Mangure wrote. “While arming the services with a hypersonic weapon is important, the U.S. has factored in the need to defend against these incredible weapons. Considering the speeds at which these weapons travel, trying to detect, track and intercept hypersonic weapons is a difficult task. Such multi-layered space-based sensors are expected to solve those issues, but there’s a long way to go before these weapons can be intercepted.”

Additionally, HBTSS satellites will likely be just one part of a larger effort in countering hypersonic missiles.

“The Space Development Agency (SDA) is also developing low-orbiting satellite constellations capable of detecting missile threats beyond the purview of traditional sensors,” Mangure wrote. “SDA is working with MDA to integrate the HBTSS into its missile tracking layer. A combination of medium and wide field of view sensors will be critical in tracking hypersonic missiles.”

Northrop Grumman had previously received a $153 million contract from the MDA for the Phase IIB portion of the HBTSS program. The defense contractor is reported to be on schedule to deliver the HBTSS prototype in 2023. After the HBTSS prototype is delivered, the company will conduct an on-orbit test to demonstrate its ability to continuously track and rapidly process its observations of hypersonic threats, as well as its ability to effectively hand off the information so the missile is intercepted.