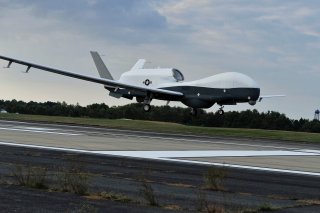 The U.S. Navy is taking rapid action to add a new generation of targeting technology to its MQ-4C Triton drone, a step intended to refine and prepare the drone for combat in the Pacific region against a peer adversary. Newer technologies are required in order for the Navy to obtain long-range, high-altitude sensing and targeting necessary to expand the ability of its weapons. These innovative technologies are able to extend the flight range of a manned or unmanned aircraft. They can improve the image quality of the sensors on those warplanes and allow them to quickly process incoming data.

Northrop Grumman is working to produce a new series of sensing and targeting improvements for the Triton. To do this, it is testing next-generation technology onboard a reconfigured, manned Gulfstream IV twinjet aircraft. The Gulfstream will function as a testbed. This is how Northrop Grumman intends to fast-track the development and delivery of new systems for the Triton.

Scott Kennedy, Northrop Grumman’s Triton advanced development director, explained the company’s test methods by saying “We needed a way to advance technologies and ideas without tying up operational Triton assets.” This way, promising new systems can be fast-tracked and evaluated prior to being integrated on the drone.

The surrogate Triton is being used to advance targeting and sensor software upgrades. New artificial intelligence-capable algorithms are intended to expedite data processing and analysis at the point of collection to streamline information transmission. Also, Kennedy said the aircraft is being used to explore communication gateway capabilities such as next-generation over-the-horizon satellite communication, advanced tactical data links, and known datalinks such as Link 16 or Common Data Link.

“At 50,000 feet, Triton has a very large field of regard,” Kennedy said. “So having the latest in communication technology to connect a distributed fleet is a big force multiplier.”

“Right now the Navy is very focused on the threat in the Western Pacific,” he added. “That’s a very ‘now’ threat and so the Navy wants to deploy capabilities as soon as they can. Over-the-horizon targeting for off-board weapons is a great example of a capability that's needed by the warfighter right now. With our high altitude and sensing capability Triton is perfectly positioned to provide persistent targeting.”

The Navy has made no statement on whether the Triton could be armed in the future, perhaps for security reasons. It does seem feasible, though. However, the Triton’s ability to analyze information and identify targets at high altitudes puts human decisionmakers in a position to attack.

“The idea is to sense a target at long range, hold that target at risk by maintaining unblinking track custody, and communicate target details back to a third party shooter,” Kennedy said. “The high-end version that long-range fires (concept of operations) leverages Net Enabled Weapons and is a linchpin of the Navy’s warfighting strategy.”