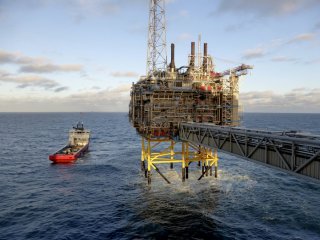 Last month, Norway’s Labour Party gained control during the parliamentary elections. Though the reduction of carbon emissions and the environment was a much-discussed issue, this result doesn’t mean Norway’s role as one of Europe’s largest oil producers is likely to change anytime soon.

Why is that? For one, the Labour Party’s stance on environmental issues varied little from the Conservatives, who had control of parliament for the past eight years. Smaller parties with clearer eco-policy platforms, such as the Green Party, forced the issue during the election. However, the new coalition government is likely to exclude them. Though Labour has made tepid promises to “listen to” the Greens, they have already refused to consider their priorities, namely expanding the carbon tax and ending new oil exploration projects.

Jonas Gahr Store, Labour Party leader, millionaire, and presumptive prime minister has a reputation for being pro-oil. During his stint as foreign minister, he resolved a border dispute with Russia, which opened more space in the Arctic for oil exploration. Offshore drilling poses a new threat to the fragile ecosystem of the Arctic Ocean—by a cruel twist of fate, the sea ice that once prevented oil exploration has melted.

The current consensus on oil stems from an oil-dependent economy, suggesting that this reality will influence the government’s policy far more than wishful climate pledges. Energy accounts for 14 percent of GDP and 41 percent of exports. Consider also the political ramifications of curbing production: the oil industry employs 200,000 people and supports Norway’s extensive (and hugely popular) social safety net.

Norway seemingly has every incentive to maintain fossil fuel consumption. They are the second-largest oil producer in Europe and the world's third-largest natural gas exporter. Norway is also projected to see an increase in oil production through 2025. But such categorical distinctions help to explain the disconnect between Norway’s climate commitments and its actual policy: most international climate agreements only cover domestic emissions. Their emissions target, a 50 percent reduction by 2030, is much more ambitious than goals set by other countries that signed the Paris Climate Accords. Norway’s risk-free participation in international efforts is just one of its many flawed green credentials.

Norway’s emissions have barely changed since 1990. Emissions were consistently higher from 1994 to 2014. Norway advertises its green investments, but one should be wary of how much they benefit the environment. That’s because climate-friendly ventures are partners with the government.

Equinor, a financial venture which scrutinizes how well Norway keeps to its climate commitments, is a multi-national oil corporation of which the Norwegian government has a two-thirds ownership stake. The company’s website certainly doesn’t sound like a company working towards its own obsolescence. In different places, the website proclaims optimistic forecasts like, “oil and gas will continue to be society’s primary energy sources for many years to come” and “it is important to find new sources and to extend the production life of existing fields.”

When the sovereign wealth fund announced it was selling off its investments in oil, Mindy Lubber, the president of Ceres—a left-wing environmental organization—said the move was “an enormous change. It’s a shot heard around the world.” A statement from Norway’s finance minister, however, suggested anything but. “The oil industry will be an important and major industry in Norway for many years to come…Therefore this measure is about diversification,” he wrote, cementing the environmental status quo.

Much like Equinor, Lubber too is in the pockets of governments. Direct donations to Ceres come out of Norway’s International Climate and Forest Initiative. Ceres is known for giving major donors good press related to climate issues and is no stranger to foreign influence. Beyond Norway, the organization has received millions from a nonprofit with direct ties to the Chinese government, and in return, Ceres has praised China’s One Belt One Road infrastructure project without mentioning its environmental impacts.

Norway got similar treatment. When the Climate and Forest Initiative announced a bilateral partnership with Guyana in 2013, Ceres president Lubber praised her in Forbes magazine: “Norway is paying for measured results by Guyana in delivering services that cool the planet’s climate by avoiding the destruction of trees.

It’s well-documented that Ceres provides environmental cover for its donors, and Americans should be wary of an organization that accepts money from foreign governments with little oversight or transparency.

While climate organizations are quick to make promises about a greener Norway, they remain in the government’s pockets. As such, those who remain pessimistic about Norway’s future environmental diversity keep being proven right.