Not Dead Yet: What If the Navy Revived Flying Aircraft Carriers? 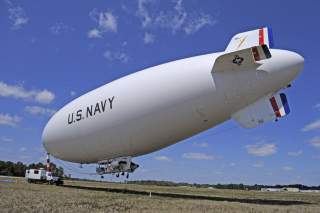 Key point: The Navy tried such airships back in 1930s. They are a neat idea, but didn't work out in practice.