Not Good: The Coronavirus Is Hurting Global Trade Badly 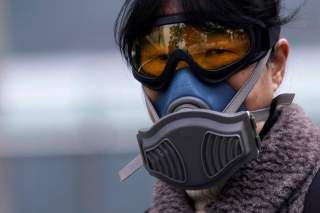 Countries around the world are facing major fallout from the new coronavirus. Cases of the virus originating in Wuhan have cropped up worldwide, forcing governments to roll out measures to screen travelers or even restrict arrivals in hopes of preventing outbreaks in their own countries. As of Jan. 29, 16 countries besides China have reported cases of the virus. Nearly all of the affected patients contracted the virus in China, but cases of human-to-human transmission have occurred several times outside of China. And while many countries are equipped to prevent the spread of an outbreak on their soil, the complex nature of disease control means that each new case presents risks of an outbreak outside China.

The effects, of course, are not just limited to public health. Inside China, the virus has already caused massive disruption by dampening consumption during Lunar New Year celebrations — the busiest shopping time in the country — and forcing lockdowns of key supply chain nodes. Moreover, any dip in Chinese economic growth and outbound tourism will have ripple effects in countries that rely on trade with China. The existing global economic slowdown prior to the outbreak has already done a number on the likes of export-oriented economies worldwide, but the possibility of a drop in Chinese tourist numbers or a blow to Chinese economic growth could sap tourist revenue around the world, particularly in East and Southeast Asia.

The next phase of the outbreak will be critical to determining the success of interventions to stop the spread of the virus and limit its impacts outside China. But even in an optimistic scenario, the effects of the virus will last for weeks, raising the possibility of sustained, monthslong disruptions to growth in countries linked to the Chinese economy.

Here is how the new coronavirus could impact economies around the world.

Although well-equipped to screen for and stem the spread of the virus, South Korea and Japan will experience some economic difficulties due to declines in tourism, as well as disruptions to Chinese imports and supply chains. South Korea, however, will be more vulnerable than Japan because its economy has already suffered amid the preexisting global trade slowdown.

Already, the outbreak in China has disrupted the flow of travelers, as Beijing has banned Chinese tourists from conducting overseas group tours, which account for 44 percent of the country's outbound tourism. A sustained outbreak could further stanch flows of Chinese travelers to South Korea and Japan, while the spread of the virus inside either country would naturally have a chilling effect on tourism overall.

South Korea and Japan boast widely diversified economies, yet a drop in tourism revenues from China (or overall) would deal both a blow in certain areas. In 2019, 7.4 million Chinese tourists visited Japan, while a further 5.5 million went to South Korea. In Japan as a whole, Chinese tourists accounted for 30.3 percent of the total, spending $16.2 billion in 2019, or 37 percent of what all tourists to the country spent combined. Japan's Nomura Research Institute estimates that a dropoff on par with the 2002-2003 outbreak of severe acquired respiratory syndrome (SARS) could cost the country's economy $7.1 billion. What's more, Chinese tourism growth in 2019 was key in helping rural, tourism-dependent and economically smaller Japanese areas offset a South Korean boycott stemming from Seoul and Tokyo's trade standoff.

South Korea's tourism sector, too, has enjoyed a greater influx of Chinese tourists, who contributed 34 percent of the total in 2019 and who accounted for a substantial portion of the estimated $21.6 billion in 2019 total tourism receipts — revenue that is doubly important for an export-reliant South Korean economy flagging in the face of global trade headwinds. As it is, Seoul knows all too well what a drop in Chinese tourist arrivals can mean for the economy: In 2017-2018, Beijing banned Chinese citizens from traveling to South Korea on group tours in retaliation for Seoul's deployment of a U.S. missile-defense system, costing Seoul around $6.82 billion in revenue. Beyond Chinese tourists, South Korea is particularly worried about the risk of the new coronavirus spreading inside the country given its experience with Middle East respiratory syndrome (MERS) in 2015. That outbreak in South Korea scared away tourists, ultimately costing the country's economy $3.6 billion in losses, or 0.2 percent of gross domestic product.

Any drawdowns in tourism revenue would come at a particularly fraught time for South Korea's economy, which is reeling due to drops in worldwide demand and trade tensions with Japan. (Over 44 percent of South Korea's GDP comes from exports as compared to just 18.5 percent for Japan.) More troubling for Seoul, however, is that South Korean exporters are vulnerable to the economic ripples of an extended outbreak in China. Already, South Korean markets have taken a hit on fears that the new coronavirus could dampen Chinese consumption and roil supply chains. China accounts for nearly 24 percent of South Korea's total trade, including 36 percent of electronics exports, 28 percent of machinery exports and over half of organic chemical exports. A virus-related Chinese slowdown would especially hit South Korean chipmakers and display manufacturers hooked into Chinese production chains, as well as South Korean retailers that sell to the Chinese market. With South Korea's economy already suffering in a tough global environment, that would be particularly troubling.

Southeast Asia is equally vulnerable to the health and economic effect of the virus given the large numbers of Chinese tourists who visit the region, as well as the area's deep links to the Chinese economy. The uneven levels of health care, monitoring and screening capacity among these countries make the situation even riskier. Thailand, Cambodia, Singapore, Malaysia and Vietnam have all confirmed cases of new coronavirus, and while Myanmar and Laos have yet to report cases, their high Chinese tourism flows — and porous, poorly controlled borders with China — put them at risk of undetected infections.

In the region, Thailand stands to fare the worst. Over 21 percent of Thailand's GDP comes from tourism and related spending, while its cities are also key destinations for Chinese travelers. As of Jan. 28, Thailand had 14 reported cases of the virus — the highest number outside China. Furthermore, fear of the virus could deter vital tourism from all countries to Thailand. Most immediately, however, the country could suffer from a long-lasting drop in Chinese arrivals, who accounted for 10.5 million arrivals in 2019 and $17 billion in spending. According to the Tourism Authority of Thailand's estimates, the virus could lead to a drop of 2 million Chinese tourists in 2020 — a big blow that comes on top of the problems stemming from a strengthening baht, competition with Vietnam for tourists and a series of high-profile ferry accidents that discouraged Chinese visitors. The outbreak further jeopardizes this revenue stream at a worrying time for Bangkok, which is trying to prop up growth amid political fragility, weak global demand for its electronics and automotive sector, as well as dampened domestic consumption.

Vietnam, too, relies on China for a substantial number of tourists — one-third of its total. Its economy, however, is not overdependent on tourism, as it has been a key beneficiary of manufacturers fleeing China due to the U.S.-China trade war. But as with most Southeast Asian countries, Vietnam's deep reliance on Chinese supply chains puts it at risk of economic fallout if a sustained outbreak saps China's economic growth.

Africa and the Middle East

While Africa is far from the Chinese center of the outbreak, the increased flow of Chinese nationals to the continent in recent years puts it at risk. Any disruptions in African economies, however, would stem less from a sharp dropoff in Chinese arrivals or a slowdown in the Chinese economy than outbreaks in the countries themselves, particularly as many nations lack decent health care infrastructure or robust screening procedures. On Jan. 28, Ethiopia reported that it had quarantined four students who recently returned from Wuhan exhibiting symptoms of the virus. Ethiopia is comparatively well-positioned to control any outbreak, but others with significant links to China are not. The virus, for instance, could spread much more quickly in a country like Zimbabwe, which is currently facing a severe economic and food crisis. At the same time, many of Africa's major cities, especially Addis Ababa, Cairo, Johannesburg and Casablanca, are all destinations for Chinese travelers, students and businesspeople.

Europe and the Americas

In the Americas, Canada and the United States are the only countries that have reported cases to date, and both are well-equipped to monitor and deal with the threat. Fewer Chinese travelers visit Latin America, which is also at lower risk because many flights from China to the region first go through the United States or Canada, which could prevent the onward travel of anyone suffering from the virus. During the 2002-2003 SARS outbreak, for instance, the virus spread at a significantly lower rate in Latin America than elsewhere: Brazil and Colombia each registered just one confirmed case, in contrast to 250 in Canada and 75 in the United States. (The latter, meanwhile, was the only country in the Americas to confirm an outbreak of MERS.) Disruptions to China's economy, however, would still have knock-on effects for Latin American countries, which conducted $307.4 billion in bilateral trade with China in 2019. A long-lasting outbreak would jeopardize agricultural and natural resource exports, especially Chile, which sends over half of its vital copper exports to China, and Brazil, which relies on agricultural exports to China.

China's numerous land borders in Northeast and Central Asia also put other countries at risk of the virus, leading Mongolia and Kazakhstan to implement severe restrictions on movement from China. However, most countries have to balance the need to protect their populations against the economic and political ramifications of severing links with China. Particularly worried is North Korea, which has banned Chinese tourist arrivals and set up quarantine zone at its borders. While North Korea's tight, authoritarian system appeared to help it weather both the 2002-2003 SARS outbreak and the 2015 MERS outbreak, the new coronavirus presents the country with more of a dilemma, as Chinese tourists (350,000 visited last year alone) have become a critical source of revenue for the country's economy as it struggles under the weight of sanctions. Another source of danger for Pyongyang are the estimated 50,000 North Korean workers in China. The laborers were supposed to return to North Korea by late last month in accordance with U.N. sanctions, but many reportedly did not due to the haphazard implementation of the measures. Since then, however, some may have returned home before Pyongyang implemented quarantine measures, particularly in the run-up to the Lunar New Year.

China's coronavirus outbreak is a fluid, rapidly evolving situation. What happens now is highly uncertain — and even more so for countries that are trying to contain the spread of the virus within their own borders. If China's domestic response nips the virus in the bud, the number of cases could peak in the coming weeks, resulting in a relaxing of restrictions within the next two months. But if the measures prove ineffective and the virus spreads further — or becomes more fatal — the long period of incubation and contagiousness could mean cases continue to crop up internationally for some time to come. In such a scenario, authorities in China and farther afield won't be lifting restrictions anytime soon, which would herald a difficult year ahead for the global tourism industry.