Not Just Netflix: Comcast Lost Over 500,000 Subscribers in the First Quarter 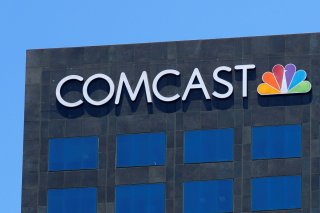 Comcast released its quarterly earnings on Thursday morning, and the cable giant announced that it lost another 512,000 video subscribers in the first quarter of the year. This follows news that Comcast lost 1.6 million subscribers in 2021, per Leichtman Research. This left Comcast with 18.1 million video subscribers at the start of this year, a number that has now dipped below 18 million.

However, aside from that, the earnings report was mostly good news for Comcast which, per CNBC, “beat across the board.” This included 262,000 net additions in high-speed Internet customers, which beat analyst expectations. The company also posted $31.01 billion in revenue, also ahead of estimates.

The quarter was one in which Comcast-owned networks broadcast both the Winter Olympics and the Super Bowl.

“2022 is off to a great start. For the first quarter we reported healthy growth in adjusted EBITDA and adjusted EPS, generated significant free cash flow, and increased our return of capital to shareholders,” CEO Brian Roberts said in the earnings announcement.

“In cable, we are increasing the capacity of our broadband network and providing our customers with cutting-edge equipment that delivers the best in-home experience. Our media business is performing well, and the scale of our reach is underscored by our successful broadcast of the Super Bowl and the Olympics in the same week. These events were viewed by more than 200 million people in the U.S. across NBCUniversal’s platforms, including Peacock, which had an exceptional quarter.”

The company also said that Peacock gained 4 million subscribers in the quarter, with engagement increasing by 25 percent. And the company also reported strong performance in its theme park business.

The earnings releas  follows the surprise announcement earlier this week of a joint venture between Comcast and its biggest cable rival, Charter Communications. The deal, described as “a 50/50 joint venture to develop and offer a next-generation streaming platform on a variety of branded 4K streaming devices and smart TVs,” essentially entails Charter paying Comcast to license such products as Flex, XClass TVs, and the Xumo streaming service to its rival, for $900 million.

Comcast addressed the deal in its earnings release.

“We also continued to make important organic investments and strategic decisions, highlighted by yesterday’s announcement of our new joint venture with Charter,” Roberts said in the release. “This partnership demonstrates the benefits of our focus on innovation and enables us to bring entertainment aggregation and streaming products that run off our global technology platform to millions more customers.”