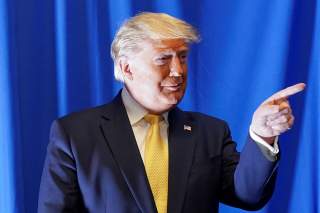 The U.S. Census Bureau released a report today that concludes that population of the United States will fall by 2060 if the government stops immigration. The report—which projects the future American population under different immigration scenarios—also finds that “higher international immigration over the next four decades would produce a faster growing, more diverse, and younger population for the United States.”

America’s current trajectory has already shifted down from Census’s baseline. Figure 2 shows that the Census’s assumption about the net increase in the foreign‐​born population for the couple of years available so far (2017–2018) has actually been more in line with the low immigration scenario than its main assumptions. In other words, the Trump administration is lowering immigration so significantly that it is changing the course of the U.S. population for the negative.

Raw population size is an incredibly important component of U.S. power internationally. With its population of 1.4 billion, China has repeatedly highlighted the importance of size in both markets and diplomacy in recent years. The National Basketball Association’s willingness to kowtow to the communist crackdown on free speech in Hong Kong shows that numbers alone matter, and a growing America would help maintain the most significant counterweight to the communist nation. A shrinking one would make companies and countries more willing to ignore the United States.

The Census projections regarding the age and ethnic composition of the country are based on the 2011 to 2015 trends, but higher immigration rates would cause the average age of immigrants to decline as long wait times and bureaucratic obstacles stop many young people from coming earlier. It would also likely result in more Asian immigration because Asians are most likely to come to the United States legally and so are most affected by policy changes. Policy would likely further prioritize younger immigrants by focusing on economic migrants who are more often young workers.

Regardless, the Census Bureau report highlights the importance of immigration to the United States maintaining its position as the world’s most important market and its third largest population.