Nuclear Showdown: Could Russia and China Go to War? 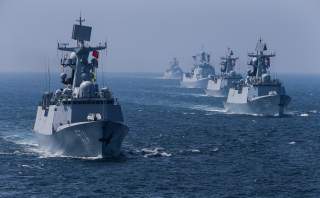