Oh My: Armed Attack Spacecraft May Be on the Way 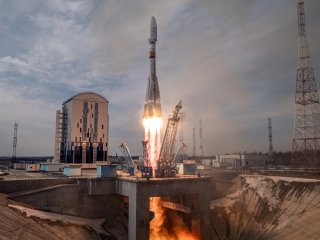 1Could stronger, more resilient and effective propulsion enable a new generation of space vehicles? Perhaps. It goes without saying that increasingly effective propulsion could open up a new, paradigm-changing aspect of space warfare to include targeting, threat-tracking and possibly weapons employment beyond the earth's atmosphere. How much could it help missile defense, or even offensive operations to introduce an ability to fly surveillance and attack drones into space for military operations?

Interestingly, a 2005 report by the International Atomic Energy Agency seems to predict and anticipate the kind of technological application that is now coming to fruition as part of the work that GA-EMS is doing. The report, titled The Role of Nuclear Power and Nuclear Propulsion in the Peaceful Exploration of Space, explains that nuclear propulsion into space would vastly increase range, endurance and power capacity. The report specifically notes the potential value of this to “unmanned spacecraft.”

“Better mass and size parameters when used on unmanned spacecraft, beginning with a power level of several tens of kilowatts,” the report states. Nuclear Propulsion Systems (NPS) can provide a power level two to three times greater, according to the report.

Further, the report predicts nuclear propulsion advantages, which clearly have military value. “In the future, space NPSs and combined nuclear power/propulsion systems (NPPSs) with an electrical power level of several hundred kilowatts will enable such long term space missions as global environmental monitoring, production at facilities in space, supply of power for lunar and Martian missions, and others,” the report states.

Clearly, greatly extended space missions with manned or unmanned spacecraft could be extended to a degree beyond what might be conceivable today, with the advent of space-traveling nuclear propulsion.

DARPA and GA-EMS plan to have this kind of paradigm-changing technology operational as soon as 2025.

To date, the SNAP-10A reactor has been the only U.S. nuclear power reactor launched into space. General Atomics was directly involved in nuclear fuel testing and characterization of the reactor. Over the next eighteen months, GA-EMS plans to complete a preliminary design of the Nuclear Thermal Propulsion System system, which can then be built and validated in low-earth orbit.