Old School Battleship vs. Battleship: How the First Ironclad Battle Changed Everything 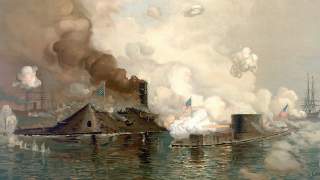