Oman Attack: Is a Showdown with Iran Brewing? 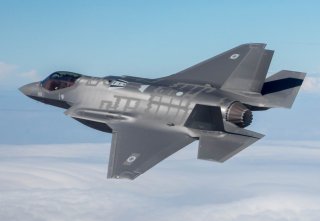 Israel’s Minister of Defense, Benny Gantz, and Minister of Foreign Affairs, Yair Lapid, have been pushing a full-court press, speaking to the United States and the UK, in the wake of a deadly drone attack on a ship off the coast of Oman at the end of July. Lapid briefed ambassadors of United Nations Security Council member countries on August 4 and pinpointed the man Israel blames for the attack. “Saeed Ara Jani is the head of the [Islamic Revolutionary Guard Corps’ Unmanned Aerial Vehicle Command]. This is the man that is personally responsible for the terror attacks in the Gulf of Oman,” he said.

The attack appears to have involved several kamikaze drones that struck the bridge of a ship called Mercer Street. It is the latest of a number of attacks on commercial ships that Israel has blamed on Iran. This comes in the wake of Israel-Iran tensions, but also two years after Iran was accused by Washington of mining six ships off the coast of Oman. Furthermore, it comes after Iran launched a drone attack on Saudi Arabia in September 2019 and after Israel said an Iranian drone penetrated Israeli airspace in May 2021 during Israel-Hamas fighting. It also comes in the context of pro-Iran militia drone attacks on U.S. forces in Iraq. What that means is that Iranian drones are now a major threat across the region.

Israel has seized on this moment to mobilize international attention. The ship in question is not an Israeli ship and it is managed by a company based in London. However, Iran appears to be targeting commercial ships that it thinks are linked to Israel via the usual web of overlapping companies that tend to manage, own and control shipping. This is because ships usually lack air defenses and are easy targets. Israel has advanced fifth-generation aircraft and also the latest counter-UAV systems, but protecting ships at sea requires countries in the Gulf, and other navies to do more.

On August 4 the Ministers of Defense and Foreign Affairs of Israel hosted ambassadors of UNSC member countries for a briefing held at the Ministry of Foreign Affairs. “This briefing is part of the national effort of the State of Israel to call on the international community to condemn and stop Iranian terror and aggression in the region,” Israel’s defense ministry said in a statement. “During the past week, Israel has acted in all the possible diplomatic and security channels in order to call on the international community to set clear boundaries for Iran and to cease its aggressive conduct.”

“Amir Ali Hajizadeh, Commander of the IRGC’s Air Force, is behind dozens of terror attacks in the region employing UAVs and missiles,” Gantz said. “For the first time ever, I will also expose the man who is directly responsible for the launch of suicide UAVs—his name is Saeed Ara Jani and he is the Head of the IRGC’s UAV Command. The UAV command conducted the attack on Mercer Street. Saeed Ara Jani plans and provides the training and equipment to conduct terror attacks in the region. Iran has violated all of the guidelines set in the JCPOA and is only around ten weeks away from acquiring weapons-grade materials necessary for a nuclear weapon.” This raised eyebrows because although Israel is singling out Iran for the attack on the ship, the wider tensions in the region and between the United States and Iran have tended to focus on Iran’s nuclear program. Ever since the Trump administration walked away from the Iran Deal, called the JCPOA, Iran has increased the enrichment of uranium. This is designed to pressure the United States and others to return to the deal’s framework. Iran now has a new president taking office named Ebrahim Raisi, and it is not clear if Iran will spend more time talking in Vienna to patch up the deal. Iran is shifting its view east, looking at the conflict in Afghanistan and seeking closer ties with China to cement its role in a new world order that it assumes will be a post-American world.

Israel is concerned not only about the nuclear program, but the wider Iranian threat that comes from Iranian entrenchment in Syria, Iranian arms flowing to Hezbollah and also Iranian drones based in Yemen and Iraq, as well as Iranian ballistic missiles. “The Iranian people are not our enemy. The Iranian regime is threatening us and sparking a regional arms race,” said Gantz.

It is not clear what Israel will do next. The United States and the UK have both slammed Iran for the attack. Israel is expected to respond but it has a range of options. In addition, there are concerns about how Iran might react. Iranian media has said the attack on the ship was Iran’s retaliation after an Israeli airstrike in Syria. This means both sides think they are responding. The difference is that Iran’s drone attack killed two people on the ship, a UK and Romanian citizen. These were civilian sailors, not combatants.

Israel has been cementing its ties internationally recently. Its F-35 jets have done numerous joint drills with the United States and others and Israel recently hosted a joint UAV drill with a half-dozen countries. Israeli drones are state-of-the-art and they make up some eighty percent of flight time of air force assets.