One Month In, NATO Estimates 40,000 Russian Casualties in Ukraine 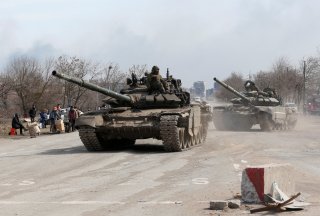 One month after Russian president Vladimir Putin’s announcement of the invasion of Ukraine, senior North Atlantic Treaty Organization (NATO) officials have estimated that Russia has suffered around 40,000 total casualties in the ongoing conflict, including dead, wounded, and those missing or taken prisoner, according to the Wall Street Journal.

NATO claimed that the information was partially provided by Kiev, which has estimated that around 15,000 Russian soldiers have died since the onset of the invasion, and partly obtained from open-source intelligence and Russian sources. If the NATO estimate is correct, Russia has lost more troops in Ukraine over one month than the Soviet Union lost during the entirety of its ten-year war in Afghanistan, a conflict that bankrupted the United Socialist Soviet Republic (USSR) and led to internal tensions culminating in its collapse. The figure also appears to be roughly double the combined casualty rates of the U.S. troop presence in Afghanistan from 2001 until 2021 and in Iraq since 2003.

Official Russian sources have downplayed the death toll, which the Kremlin estimated at fewer than 500 soldiers as of March 2. However, a Russian article briefly published in the pro-Kremlin Komsomolskaya Pravda newspaper said that 10,000 Russian soldiers had been killed and 16,000 had been injured, with an unknown number taken prisoner by the Ukrainian armed forces. The article was taken down almost immediately after publication, and the newspaper later claimed that its website had been hacked.

The Ukrainian Ministry of Defense has also claimed that six Russian generals and dozens of other high-level officers have been killed during the conflict. The highest-ranking officer on the list, Lieutenant General Andrey Mordvichev, was allegedly killed in a Ukrainian airstrike in the eastern city of Kherson on March 16.

Around 10 million Ukrainians are thought to have fled their homes since the beginning of the war, with roughly one-third of that number leaving the country altogether to seek refuge in the West. Around 900 civilians are known to have died in the conflict, although the true number is likely much higher.

News of the war has been heavily censored within Russia, where a new law enacted by the State Duma on March 4 prohibits criticism of the Russian military. The law has been broadly applied to forbid criticism of the war, as well as references to a “war” rather than a “special military operation,” the Kremlin’s preferred term for the conflict.