One Year Later: How 'Game of Thrones' Could Have Ended Differently 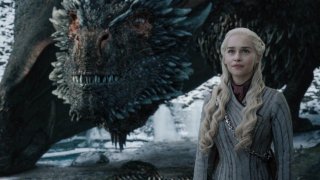 On April 14, 2019 - one year ago today-Game of Thrones debuted its long-awaited eighth and final season on HBO. The season, consisting of only six episodes, represented a return from a nearly two-year layoff, as the seventh season had wrapped up in August of 2017.

The final season, as any fan of Game of Thrones could tell you, left almost nobody happy. There were widespread complaints about the rushed nature of the final season, the way it left certain characters, the unsatisfying endings of various series-long plots, the ultimate conclusion of who ended up on the Iron Throne and — most of all — the seemingly sudden turn to evil by the Daenerys Targaryen character.

Some of the frequent critiques of Season 8 are more defensible than others. Yes, the final season was way too rushed. No, it made no sense at all, based on all of the storytelling that had been done prior to the final season, for Bran Stark to end the series as king. No, you couldn't see what the hell was going on for large stretches of that White Walkers battle episode. No, it made no sense for characters to suddenly develop the power to travel across the Seven Kingdoms in no time at all. And yes, the writers did a terrible job building to the big twist of Daenerys' villainous turn.

On the other hand, the final season wasn't a total wash. There were some pretty incredible moments, from Arya Stark's killing of the Night King to Brienne of Tarth's knighting to Theon Greyjoy's triumphant return and heroic death. The entire second episode, in which nearly every character sat around Winterfell contemplating possible imminent death, was one of the best of the series.

Beyond that, some of the vitriol by the show's fans was pretty wildly over the top, starting with that ridiculous petition for HBO to strike the final season from canon and remake it from scratch. Benioff and Weiss, while they didn't do their best work in Season 8, were obviously not completely talentless, as they were also responsible for the better, earlier seasons. And some of the anti-fan sentiment by cast members during and after the final season, including multiple interviews by Kit Harington, weren't so great either.

So how could Season 8 have gone differently? For one thing, it should have had more episodes to play with, and tell the story more organically. It could have told the story more slowly and deliberately, with the same rhythm as most of the earlier seasons. This might have fixed the incongruity when it came to all the travel stuff.

Secondly, the series should have planted the seeds for Daenerys' heel turn more organically throughout the entire season. Yes, it always made sense for her to turn evil at the end. Apologies to those who named their babies after her, but throughout the series there were examples of Dany trying to solve problems with persuasion, failing at that, and then solving those problems by burning her enemies alive. This happened nearly once per season, which was plenty of foreshadowing for how things would turn out. But the way the story was told in the last season, it seemed to come out of nowhere.

Thirdly, the creators almost certainly had no choice but to stick to the ending that book author George R.R. Martin left them, with Bran as King and all of the other major characters ending up where they ended up. But once again, Benioff and Weiss should have found a way to, once again, make that choice seem as if it hadn’t come out of left field.

And fourthly, perhaps the series should have taken their time with editing, so as not to allow a coffee cup or water bottle to anachronistically appear on screen on a series.

A year on, Game of Thrones has a firm legacy as one of the most popular TV series in history, one that made hundreds of millions of dollars for HBO, showed that fantasy-based series could gain mass appeal, and even changed the way people watch television. It ushered in the era of HBO Now, and was even at the top of most-pirated-shows lists for nearly all of its run.

Of course, it's also an undeniable part of that legacy that Game of Thrones had an ending that was hated by a large segment of the show's fans. Should they have done it better? Yes. Should they have dumped the season and filmed a new one? Of course not.