Ongoing Corruption Trial in the Seychelles Spells Trouble in Paradise 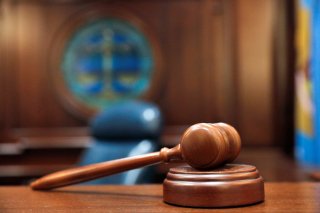 Those following the high-profile case of the group that has been coined the “Seychelles 9” were taken by surprise on February 11 when weapons charges were added to the range of accusations already filed against the defendants. The nine arrested include former President France-Albert Rene’s widow and son, a former chief of staff of the defense forces, a retired presidential chief security officer, a prominent businessman and his attorney wife along with a reportedly future presidential candidate. The suspects have been accused of aiding and abetting in the theft of $50 million in a case which goes back to 2002.

It is a well-known fact that the Seychellois government has been trying hard to rebrand the island’s public perception. Often associated with those seeking to hide funds, sometimes with illicit intentions, the Seychelles Islands featured prominently in the Pandora Papers. Despite this expose, the island nation’s efforts to stem laundering and instill adequate regulation led the European Union to announce its intention to remove the Seychelles from its official blacklist of tax havens in October 2021.

And although progress has seemingly been made on the international front, the relatively new government of President Wavel Ramkalawan feels it still has a lot to prove regarding the way it handles corruption and laundering. It would appear that the president is most concerned with creating a sense of daylight between the old government, which was more closely associated with Rene, and his own government’s efforts.

It is this sense of urgency that has encouraged what has become the most invasive witch-hunt the East African nation has known to date. Indeed, it is a witch-hunt because all suspects have an association, either personal, professional, or political, with the government of former President Rene. More often than not, when weapons charges surface out of the blue, it is a good indication that something is amiss in paradise.

Those familiar with the archipelago’s history will know that the country has a long record of attempted coup d’états. This was first seen in June 1977 when supporters of Rene, who would become president, overthrew President James Mancham when he was in London. Those seeking to restore Mancham’s government attempted a (failed) counter-coup in November 1981, also known as Operation Angela. 1986 saw Operation “Distant Lash,” a further coup attempt against Rene, while 1987 saw yet another unsuccessful attempt to overthrow Rene’s government.

All of this is important because it was exactly this lack of political stability that led Rene’s government to seek supporters willing to stash weapons for use in case of future attempts at sowing instability. One such supporter was the arrested businessman Mukesh Valabhji. According to his defense team, Valabhji, out of both a sense of patriotism and a personal interest he had in maintaining stability on the island, allowed the Seychelles People’s Defence Force to stash these weapons in his home.

This defense claim begins to make sense when one considers the extent of weapons found. According to court records, this included seventy-two Draco guns, AK assault rifles, and Makarov pistols, 122 assault rifle magazines as well as 43,416 bullets. All these weapons have serial numbers which show they were imported by the Seychelles People’s Defence Force under official government licenses. The weapons were stored behind a large cement wall in the house of the accused, which also gives credence to the theory that it was a government military weapons stash to be employed in case of another coup attempt.

Further questions, highlighted by the organization Seychelles Justice, must be raised when taking into account the way in which the government has been treating the suspects. International law firm Kobre and Kim, representing some of the accused, has publicly accused the government of employing intimidation tactics against its lawyers, alongside leaving the accused without representation. The defendants have also been held incommunicado and, according to the lawyers, in inhumane conditions. One must question what it is the government might be trying to hide.

A government trying to distinguish itself from the authoritarian rule of a former president would be smart to consider the implications of such attempts to run a kangaroo court trial. Although seemingly doing a good job combatting corruption, politically motivated trials and false accusations with national security implications do not bode well with the international human rights community and national ratings agencies. They also don’t bode well with those considering doing business on the island.

A true test of the government’s intentions will be the March 25 bail hearing for Laura Valabhji, the businessman Mukesh Valabhji’s wife. Having worked with the attorney general in the past in her capacity as a lawyer alongside reportedly weak evidence of her complicity in the alleged crimes and her not being a flight risk, it will be seen if some semblance of justice can indeed be attained in a Seychellois court.

If all it takes to rid the country of political enemies are accusations of corruption and weapons possession, without any due process, the government cannot expect the international business community to view it as an attractive destination for investing their money. This becomes even more concerning, when the crusade is being led by the Anti-Corruption Commission of Seychelles (ACCS), an organization whose sole purpose is combatting corruption. One would, perhaps naively, assume this includes political corruption, among which false charges being levied against political enemies should be top of the list.

Jean Baptiste is a French freelance writer who studied cinema and audiovisual writing. He is currently the editor of the newly launched Indian Ocean Economic Times.