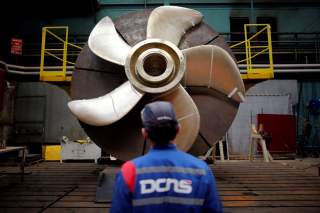 It isn't hard to sink a submarine, it would seem.