Operation Constellation Was a Plan to Liberate the Occupied Channel Islands 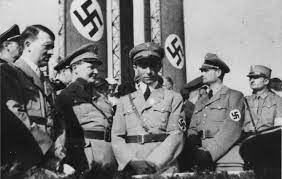 During World War II, Germany never mounted an invasion of Great Britain, but it did actually occupy the Channel Islands off the coast of Normandy, France in the summer of 1940. The archipelago chain in the English Channel is still considered the last remnants of the Duchy of Normandy. While not technically a part of the United Kingdom, the islands are Crown dependencies that are not members of the Commonwealth.

When the Germans occupied the islands without firing a shot following the fall of France, it was a major morale boost for Berlin, which was able to claim that it had occupied parts of the British Isles. In fact, however, the British government had demilitarized the islands in June 1940 and then had withdrawn the lieutenant-governors of the Channel Islands. The islands would have been impossible to defend and were of little strategic value in the defense of Great Britain.

Yet, the Germans made the most of the propaganda coup. Also, they heavily fortified the islands to beat back any attempt to liberate them. Additionally, the island of Alderney, which was essentially abandoned apart from six islanders who opted to remain, became home to four concentration camps—the only such Nazi facilities built on British soil.

Life was harsh for island residents. Some two thousand islanders were deported by the Germans, including most of the Jewish population who were sent to concentration camps.

Resistance efforts by the islanders were limited—in part because of the density of the occupying troops, with nearly a German soldier for every two residents.

As Britain fought for its survival in 1940 and 1941, there was little hope of liberating the islands, but as Germany’s fortunes turned, plans were drawn up to retake the islands. National pride had much to do with it, and the plan had the support of Vice-Admiral Lord Louis Mountbatten.

Dubbed Operation Constellation, it was the collective name for a number of separate operations that centered on a specific island. Operations Condor, Concertina and Coverlet were drafted for the liberation of Jersey, Alderney and Guernsey.

The invasion never materialized though. Securing and holding the islands wasn’t feasible. Any attack would have met fierce resistance from the German garrisons and resulted in high civilian casualties. Moreover, men and material could be better utilized in the invasion of France, which had a goal of ending the war.

“Each Island is a veritable fortress, the assault against which cannot be contemplated unless the defenses are neutralized, or reduced to a very considerable extent by prior actions,” Mountbatten noted in 1943.

Instead, when Operation Overlord was initiated to begin the liberation of Western Europe on June 6, 1944, on the Normandy coast, the Channel Islands were bypassed entirely.

Perhaps it was expected that the German military would abandon the islands, just as the British had done four years earlier. That wasn’t the case. And despite being cut off, the Germans continued to hold out until the very end of the war. In early March of 1945, they even launched a small raid on Allied shipping and returned to the island with much-needed supplies.

It was only on May 9, 1945, the day after VE-Day, that Jersey and Guernsey were liberated. The German garrison in Alderney remained until May 16 and was one of the very last Nazi German posts to surrender.