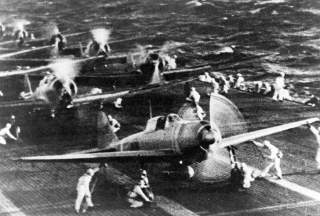 Key point: What follows would have happened if Truman did not drop the Atomic bombs.