Operation Pedestal: A Forgotten Battle Between Carriers, Submarines and Bombers That Determined the Fate of North Africa in World War II 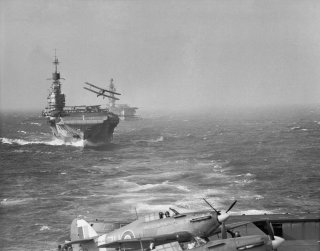 Despite the loss of Eagle and other blows, destroyers and naval air power had successfully shielded the transports including the vital Ohio from massive Axis air and submarine attacks.

But, as described in a companion article, the next few hours would see Operation Pedestal dissolve into a desperate fight for survival that would consign a dozen more ships to the Mediterranean sea floor, split the Ohio in two—and doom Rommel’s hopes for victory in North Africa.