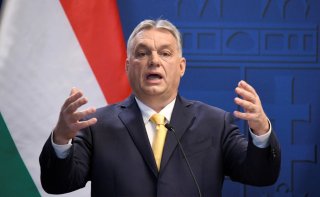 Hungarian prime minister Viktor Orban announced on Tuesday that his government had declared a state of emergency in order to respond more quickly to the spillover effects the country faces from the ongoing Russian invasion of Ukraine.

The measure, which empowers Orban to make or ignore laws by decree without consulting Hungary’s National Assembly, was first announced by the prime minister in the hours following the parliament’s adoption of a constitutional amendment allowing for states of emergency during armed conflicts or humanitarian disasters on Hungary’s borders. In a video posted to his Facebook page, the Hungarian leader argued that the ongoing invasion represented a “constant threat to Hungary … putting our physical security at risk and threatening the energy and financial security of our economy and families.” He indicated that the first measures to be passed under the state of emergency would be announced on Wednesday.

Orban—who recently defeated Hungarian opposition candidate Peter Marki-Zay in the country’s 2022 general election—previously invoked emergency powers in 2015 to take action against Middle Eastern refugees during the height of the European refugee crisis. He invoked them again during the early days of the COVID-19 pandemic. His leadership during the COVID-19 pandemic was controversial, as many in the country’s opposition argued that he had abused government authority to prevent opposition political movements from organizing under the guise of controlling the spread of the virus.

Despite Fidesz’s domination of the National Assembly, which leaves the country’s opposition largely powerless, measures passed there must still be debated, allowing Orban’s challengers to criticize the prime minister’s decisions. Emese Pasztor, a member of the Hungarian Civil Liberties Union, wrote on Tuesday that Orban was “once again adapting the rules of the game to [his] own needs.”

“By always allowing the possibility of introducing a special legal order in the future, it will lose its special character,” Pasztor wrote. “It will become the new normal, which will threaten the fundamental rights of all of us, and … further diminish the importance of Parliament.”