The Origin of India's Love for Light Skin 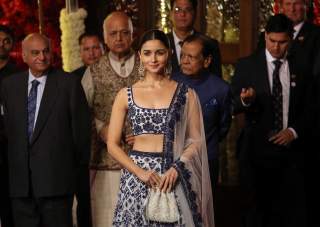 “Let’s scrub out that tan” is a common refrain in beauty parlours in India, where girls grow up with constant reminders that only fair skin is beautiful.

Even sentiments like, “She got lucky he married her despite her [dark] complexion” are still whispered around India in 2017.

Younger generations are now starting to push back. On July 7, 18-year-old Aranya Johar published her Brown Girl’s Guide to Beauty on Youtube. The video, a spoken-word poem containing lines like “Forget snow-white/say hello to chocolate brown/I’ll write my own fairy-tale” went viral, reaching 1.5 million viewers around the world in its first day alone.

His post recalled the vehement pushback of actress Tannishtha Chatterjee, who was was bullied for her skin tone on live TV in 2016.

Though many Indians still feign ignorance about social discrimination based on skin colour, the country’s obsession with whiteness can also be violent. In recent years, fear of black and brown skin has also spurred harassment and attacks on African students living in India.

Why do Indians so hate their own colour?

Throughout medieval and modern history, the Indian subcontinent has been on the radar of various European settlers and traders, including, from the 15th to 17th centuries, the Portuguese, Dutch and French. The subcontinent was invaded and partly ruled by the Mughals in the 16th century, and colonised by the British from the 17th century onwards until independence in 1947. All these foreign “visitors” were of relatively fair complexion, and many claimed to be superior.

Being subject to a succession of white(ish) overlords has long associated light skin with power, status and desirability among Indians. Today, the contempt for brown skin is embraced by both the ruling class and lower castes, and reinforced daily by beauty magazine covers that feature almost exclusively Caucasian, often foreign, models.

It’s been the dark man’s burden in this majority-non-white nation to desire a westernised concept of beauty, and post-colonial activism has not been able to change this.

According to a study we conducted from 2013 to 2016, 70% of the 300 women and men we interviewed reported wanting a date or partner with someone who had light skin. This colourism is what pushes so many Indians to lighten their skin, creating a phenomenon termed “bleaching syndrome”.

Bleaching syndrome is not a superficial fashion, it’s a strategy of assimilating a superior identity that reflects a deep-set belief that fair skin is better, more powerful, prettier. And it’s not limited to India; skin bleaching is also common in the rest of Asia and in Africa.

An inventive and growing market of creams and salves has cropped up to fill this demand, which now pulls in over US$400 million dollars annually.

Some of the most widely-sold products include Fem, Lotus, Fair and Lovely and its gendered-equivalent Fair and Handsome. Most of these appealingly named creams are in fact a dangerous cocktail of steroids, hydroquinone, and tretinoin, the long-term use of which can lead to health concerns like permanent pigmentation, skin cancer, liver damage and mercury poisoning among other things.

Nonetheless, a 2014 marketing study found that almost 90% of Indian girls cite skin lightening as a “high need”. These young women are willing to overlook the after-effects of bleaching, and the advent of online sales allows them to use these products in the privacy of their own homes.

The brand Clean and Dry took bleaching to new levels in 2012, when it began heavily advertising for a new wash to lighten the vagina.

This time, women had had enough. In 2013, the activist group Women of Worth launched their Dark is Beautiful campaign, which was endorsed by the Indian theatre actress Nandita Sen.

With other feminist groups, the women compelled the Advertising Standards Council of India to issue guidelines in 2014 stating that “ads should not reinforce negative social stereotyping on the basis of skin colour” or “portray people with darker skin [as]…inferior, or unsuccessful in any aspect of life particularly in relation to being attractive to the opposite sex”.

This guidance is in keeping with the Indian Constitution, which provides for equality for all (article 14) and prohibits discrimination on the grounds of religion, race, caste, sex or place of birth (article 15).

Unfortunately, the law can do little to stop the subtler forms of racism and bigotry present in Indian society. And, to date, that vagina bleaching product is still on the market.

As Aranya Johar rhymed on Youtube, “With the hope of being able someday to love another/let’s begin by being our own first lovers”.