Out 'Missiled': How Would America Stop Russia or China's Massive Stockpile of Missiles? 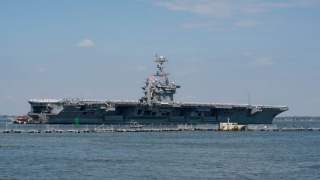