Overcoming Bias in the Azerbaijan-Armenian Conflict 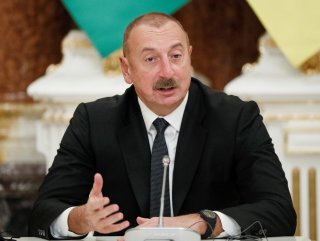 Gavan recommended “that Armenia and Azerbaijan allow UNESCO unlimited access to all cultural heritage sites in both countries to assess the damage and assess the steps necessary to safeguard what remains.” Such an equitable approach, according to which both countries will allow UNESCO access across their entire territories, would balance the inordinate publicity given to the alleged shelling of a cathedral in Shusha by Azerbaijani forces during the war.

It would include an inventory of Armenian destruction of Azerbaijani cultural heritage, perhaps beginning with the destruction of sixteen out of seventeen mosques in Shusha and the “re-branding” of the seventeenth as “Persian” (with Iranian architectural assistance). It might take account of photographic evidence of yet other mosques having been turned into pigsties.

This indicates confidence in Azerbaijan’s evenhandedness on the part of members of UNESCO, which should document, and be allowed to document, violations of the law of occupation by Armenian armed forces, as well as any by the Azerbaijani side.

Here “Armenian armed forces” means the forces of the Republic of Armenia, since the European Court of Human Rights ruled, in the case Chiragov et al. v. Armenia in 2015, that the Armenian military forces occupying the territories, recognized as Azerbaijan’s by four resolutions of the UN Security Council in 1993, were indeed specifically under the effective control of Yerevan, and were directed by the government of Armenia and not by any other political formation.

Maghakyan’s article, as well as Paylan’s, raise important issues that need to be fully ventilated and decided in the proper forums, in order to allow the Armenian and Azerbaijani peoples, who inevitably must live side by side with one another, to overcome to horrors of the past and to achieve true reconciliation, peace, and prosperity. One-sided analyses that present themselves as objective and impartial will not achieve that goal.

Robert M. Cutler is a Fellow of the Canadian Global Affairs Institute.