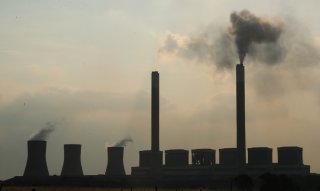 The richest 1 percent of the global population has been found to be the main drivers of pollution and climate change, according to a new report published by Oxfam International.

The report’s analysis uncovered that the 1 percent has used two times as much carbon as the poorest 50 percent over the last twenty-five years, with the nonprofit noting that carbon dioxide emissions trap heat in the Earth’s atmosphere, resulting in the warming of the planet.

“Worldwide sales of private jets soared when commercial travel was banned. … They also remain the greatest emitters of carbon, and the greatest drivers of climate breakdown,” the report wrote.

In addition, the ongoing coronavirus pandemic has only worsened inequality around the globe, as billionaires’ overall wealth surged by $3.9 trillion between March 18 and December 31, while the number of people living on less than $5.50 a day increased to roughly five hundred million.

“In country after country it is the richest who are least affected by the pandemic, and are the quickest to see their fortunes recover,” the report said.

“No one should be blocked from getting a life-saving vaccine because of the country they live in or the amount of money in their pocket,” Anna Marriott, the health policy manager at Oxfam, said in a news release. “But unless something changes dramatically, billions of people around the world will not receive a safe and effective vaccine for COVID-19 for years to come.”

Meanwhile, the report added that for poorer communities—and especially for women—climate change and its destructive effects will make life more difficult for millions.

“While no one is immune, the consequences will continue to be more devastating for low and middle-income countries, which are most at risk and face the highest climate-fueled displacements, and within these countries for women living in poverty, who typically bear greater responsibility for tasks that are made more difficult by climate change, including sourcing food and water,” the report wrote.

“The fight against inequality and the fight for climate justice are the same fight. The pandemic has shown us that massive action by governments is possible in the face of a crisis; we must see the same level of action to prevent climate breakdown.”