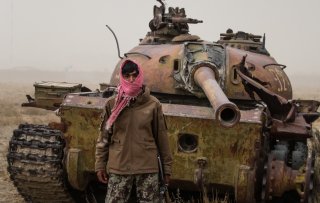 Pakistan is once again in trouble. Since the Afghan Taliban (hereafter the Taliban) returned to power in August 2021, Pakistan has witnessed an uptick in violence perpetrated by the Tehreek-i-Taliban Pakistan (TTP), which uses Afghanistan as a safe haven. The Taliban’s reluctance to rein in the TTP or to hand it over to Islamabad has disappointed Pakistan, where many celebrated the Taliban victory over Ashraf Ghani. In 2021-2022, the Taliban brokered a ceasefire between the Pakistan Army and TTP. The TTP, however, brought an end to the ceasefire in November 2022, ordering its fighters to resume their attacks.

Pakistani opinion and decisionmakers are now suggesting hitting the TTP hard, initially in Pakistan and, if need be, even in Afghanistan. But Pakistani decisionmakers should remember that they have tried to both negotiate and fight with the TTP since the latter’s inception in 2007—Neither approach seems to have worked in Pakistan’s favor. Therefore, given Pakistan’s past experiences with the TTP, any future military campaign by the Pakistan Army is likely to fall short of achieving long-term strategic success. Afghanistan is in no position to help Pakistan with its TTP problem either. At this point, Pakistanis should accept living with the TTP. While such a proposal might sound offensive, Pakistan’s choices are limited given historical and ground realities.

First, it should be recalled that Afghans do not take away the protection they offer to others. The Taliban preferred to lose their government in 2001 rather than hand over Osama bin Laden to the United States. The only major exception to this practice is the Afghan government’s decision, during World War II in 1941, to ask German and Italian nationals to leave Afghanistan on the condition that the Allies would guarantee their safe return to their home countries. Even at the height of World War II, while being sandwiched between the British and Russians, Afghanistan did not hand over the Germans and Italians to the British or Russians.

Since Afghans have not lost interest in the Pashtun majority areas of Pakistan, the TTP’s demand to reinstate the tribal status of the former tribal areas (hereafter the tribal areas), where the TTP would have more autonomy, is too tempting a prospect for Afghans to ignore. Afghans have historically held a self-appointed role to advocate for greater rights for Pashtun tribes in the subcontinent. More importantly, the restoration of the tribal areas will also have a practical utility for Afghanistan: to relocate the TTP and other terror groups from Afghanistan to the tribal areas.

The Taliban cannot afford to expel the TTP by force. The Taliban do not want to create pro-TTP and anti-TTP factional divisions amongst themselves. It is also unclear if the Taliban have the ability to take military action against the TTP. More importantly, even if the Taliban were able to, they would not take military action against the TTP to avoid pushing the TTP toward an alliance with the so-called Islamic State. It seems unnecessary for the Taliban to pick a fight, at Pakistan’s request, with fellow Pashtun Taliban, who have the same ideology and leader as them.

Furthermore, tribal Pashtuns, who today form the bulk of the TTP and live along the Afghan-Pakistani border, have a long history of resisting outsiders such as the Mughals, British, Soviets, and NATO. The border areas’ Pashtuns’ struggle against the British, whom they fought for a century, is of particular importance. Despite tens of military operations and spending tens of millions of pounds and losing countless soldiers, Britain could not subdue the Pashtun tribes like the Masuds (aka Mehsuds), Wazirs, Orakzais, Mohmands, and Afridis.

Tribal raids—which the TTP has replaced with ambushes and suicide attacks—on cities and towns, including Peshawar, were common under the British, who could barely venture out of their cantonments after dark. As such, history advises that military operations against Pashtun tribes will only add to the Pakistan Army’s problems. The tribes will defend their honor and land at any price. If they need to, they will retreat to Afghanistan to live to fight another day. But the tribesmen do not forget or forgive anything. The TTP, in addition to being a terror outfit, is a channel to express frustration at the Pakistan Army and its continued presence on tribal lands.

The idea that the Pakistan Army can handle the Pashtuns better than the British Indian Army because of presence of a large number of ethnic Pashtuns in the former needs to be re-evaluated. There was a large number of ethnic Pashtuns in the British Indian Army as well. The British also, multiple times, raised and disbanded tribal militias, composed entirely of Pashtuns, to counter fellow Pashtun tribesmen. The presence of Pashtuns on both sides did not help curb the violence then; it will not be helpful now.

First, despite the seriousness of the situation, there is no easy way out of this crisis for Pakistan. Pakistan may wish to take military action against the TTP. The TTP will cross into Afghanistan, wait for an opportunity to recross into Pakistan, and stage violent attacks—a practice similar to what the Taliban used to do during the Karzai and Ghani governments, but in the opposite direction. The fencing on the Afghanistan-Pakistan border has proved unreliable, and can be easily removed or blown, or tunnels can be dug underneath it.

Third, taking the war against the TTP inside Afghanistan can entail serious long-term security consequences for Pakistan. The Taliban, in retaliation, will stop cooperating with Pakistan. The Taliban will also likely switch from tacit tolerance to active support of both the TTP and Baloch militants, who have kept their insurgency on and off since Pakistan’s inception. Pakistan should take seriously the risk of the TTP joining hands with Baloch insurgents. Such an alliance would spell disaster for Pakistan, especially if it receives active support from India.

Repeated incursions by Pakistan into Afghanistan also run the risk of pushing the Taliban toward India. Pakistan refrained from sincere cooperation with the Karzai and Ghani governments because they were considered pro-India. Now by alienating the Taliban, Pakistan will achieve the exact opposite of what it intended.

Fourth, Pakistan may feel tempted to seek support from the United States against the Taliban and TTP, especially with respect to carrying out drone attacks in Afghanistan. Drones have taken countless innocent lives and contributed to resentment against those who have conducted and facilitated them. One reason why the Taliban are bitter towards Pakistan is because of the latter’s complicity in drone attacks against the former.

Domestically, if Pakistan’s cooperation with the United States against Afghanistan gets exposed, Pakistani authorities will most likely face a popular backlash, especially within religious circles, and lose support for taking strong measures against the TTP. It is also very likely that the United States will abandon Pakistan to deal with any fallout from drones and other issues related to Afghanistan—something Pakistan is not prepared for.