Pakistan Has a Truly Deadly and Scary Nuclear Weapons Program 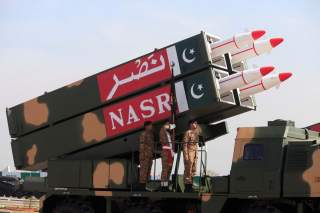 Key point: Pakistan and India have a dangerous rivalry that could one day lead to nuclear war. Islamabad has its own formidable nuclear arsenal and has threatened to use it.

Kyle Mizokami is a defense and national-security writer based in San Francisco who has appeared in the Diplomat, Foreign Policy, War is Boring and the Daily Beast. In 2009, he cofounded the defense and security blog Japan Security Watch. You can follow him on Twitter: @KyleMizokami. This first appeared earlier in 2017.