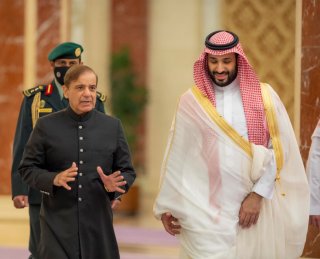 Saudi Arabian authorities announced on Sunday that the country will consider extending a $3 billion loan to Pakistan’s central bank, days after a visit by newly-appointed Pakistani prime minister Shehbaz Sharif to Riyadh.

A joint statement issued by the two countries was posted to the Twitter account of the Pakistan Muslim League-Nawaz, or PML(N), Sharif’s political party. In it, Saudi Arabia “affirmed its continuous support to Pakistan and its economy, including the discussion of augmenting the [$3 billion] deposit with the central bank through term extension” or other relief measures. Riyadh also committed to “further enhanc[ing] the financing of petroleum products” for export to Pakistan in order to help stabilize its blackout-prone electric grid.

Pakistan’s economy has sharply declined since the onset of the COVID-19 pandemic. In 2022, the country’s national debt exceeded 20 trillion Pakistani rupees, or roughly $165 billion. At the same time, Pakistani financial resources have depleted significantly; in March, the country had less than $11 billion in foreign currency reserves, hampering its ability to conduct international trade.

Amid these deteriorating economic conditions, Saudi Arabia has provided a series of loans and other economic assistance. In addition to the $3 billion loan, Riyadh has voluntarily deferred payments on roughly $1.2 billion in imported Saudi oil, allowing Islamabad to build up its foreign exchange reserves.

In addition to its outreach to Saudi Arabia, Pakistan has sought relief from the International Monetary Fund (IMF) over a tentative $6 billion aid package—a package that experienced difficulties with Sharif’s predecessor in office, Imran Khan. With Khan’s departure from office after a successful no-confidence vote in early April, Sharif has attempted to reassure Western officials and financial institutions that Pakistan remains stable and financially solvent.

However, some Pakistani experts have voiced concern that further loans will not change the underlying problems with the country’s economy, and that wider reforms are needed.

“The little financial help we can get from any country would help us given the condition of our country,” Kaiser Bengali, a Pakistani government official, told AFP. “But for how long will we run our economy on loans? This policy is not going to work even for the next five years.”

During his visit to Riyadh, Sharif met with Saudi Crown Prince Mohammed bin Salman and officials from the Organization of Islamic Cooperation. He also traveled to the United Arab Emirates, where he met with Crown Prince Mohamed bin Zayed Al-Nahyan, regarded by most observers as the de facto leader of the UAE.