Pandemics Can Fast Forward the Rise and Fall of Great Powers 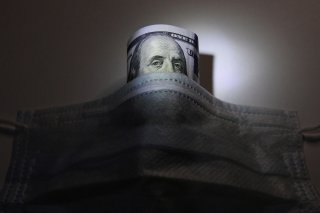 As COVID-19 continues to spread in the United States, analysts are rightly focused on the possible medical and economic ramifications, but this pandemic is already shaping the most important geopolitical development of the twenty-first century: America’s great power rivalry with China.

How well Washington and Beijing manage the ramifications of the Coronavirus in the weeks ahead may determine who leads the international system decades hence.

After all, as I explain in a new book, global pandemics have contributed to the rise and fall of great powers in the past.

In the fifth century BCE, Athens was the leading power of ancient Greece. It was a wealthy trading state, the center of Greek arts and culture, and a naval power that had successfully led the Delian League alliance in the defeat of the mighty Persian Empire.

In the Peloponnesian War with its rival Sparta, however, Athens was struck by the plague in 430 BC. Believed by modern scholars to have been an outbreak of typhoid from North Africa, the illness decimated Athens’ population, depleted its military personnel, and even took the life of its most effective leader, Pericles. Prior to the outbreak, Athens appeared on the verge of victory, but weakened by the affliction, it sued for a temporary peace in 421 BC. When the fighting resumed, Athens was eventually defeated and its democratic form of government overthrown by the victorious Spartans.

A similar fate awaited the Venetian Republic. Today, we think of Venice as a quaint tourist destination, but in the late Middle Ages and early modern period, it was a superpower. Venice was likely the wealthiest city on Earth at the time, the world’s leading trading and naval power, and it controlled territory, trading ports, and colonies from mainland Italy throughout the Mediterranean and Black Sea regions.

Like Athens, however, Venice contended unsuccessfully with repeated bouts of the plague. The Italian Plague of 1629 to 1631, was believed to have originated in China and spread West over Silk Road trading routes. As a major trading center, Venice was among the hardest hit. While authorities did their best to grapple with the disease (the word Quarantine comes from the Venetian dialect’s word for 40 days), it was not enough. The Italian Plague contributed to a major shift in the European balance of power as Venice declined and Northern European states, such as England and the Dutch Republic, rose to become major geopolitical powers.

These historical lessons are instructive as we see that COVID-19 is already influencing the U.S.-China competition.

As Cicero argued, money are the sinews of power. China is reporting its worst economic numbers in decades and the U.S. stock market entered bear territory as economists predict an impending recession. Both powers will be weakened economically, but not equally so. Their relative ability to weather this storm will determine when, and perhaps even whether, China can overtake the United States as the world’s largest economic power.

Diplomatically, there is an ideological element to the U.S.-China competition as many see China’s state-led, authoritarian-capitalist model as a viable alternative to America’s open-market democratic system. To deal with COVID-19, the autocratic CCP initially tried to hide the outbreak, which only made matters worse. But after a slow start, China imposed draconian measures and appears to have wrestled the disease under control.

Onlookers are now watching to see whether the democratic United States will be better able to navigate this crisis. As is often the case in free societies, local governments and private actors, like universities and professional sports leagues, have taken more decisive action than the national government. But experts warn that stronger federal action will be needed. The success of the U.S. response will shape global perceptions about the relative efficacy of democracy versus autocracy. This in turn will affect America’s global standing, soft power, and its ability to attract wavering allies into its orbit and out of China’s sphere of influence.

Finally, in the military domain, the 2018 National Defense Strategy Commission warns that World War III with China is possible and that the United States might very well lose. COVID-19 will effect military personnel and readiness on both sides and preoccupy the strategic attention of national governments. International relations scholars believe that uncertainty about the balance of military power and resolve is a major cause of conflict. If the U.S. government is focused on domestic disaster response and there is a disease outbreak among U.S. military personnel, for example, would Beijing calculate that now is the time to act against Taiwan? To be sure, the risks of war remain low, but they are greater now than several weeks ago and the consequences are potentially catastrophic.

Fortunately for the United States, my research shows that democracies generally outperform their autocratic competitors in great power rivalries. Still, there is no time to lose. As U.S. leaders formulate their response to the Coronavirus, they must think not only in terms of the immediate public health crisis, but also about the very future of American global leadership.

Matthew Kroenig is the Director of the Global Strategy Initiative in the Scowcroft Center for Strategy and Security at the Atlantic Council, a tenured Associate Professor of Government and Foreign Service at Georgetown University, and the author of The Return of Great Power Rivalry: Democracy versus Autocracy from the Ancient World to the US and China (Oxford University Press, forthcoming).

FILE PHOTO: A U.S. dollar banknote is pictured behind a protective mask, which is widely used as a preventive measure against the coronavirus (COVID-19), in this illustration taken March 17, 2020. REUTERS/Alexey Pavlishak/File Photo