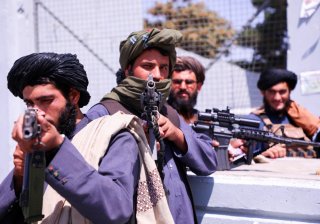 Heavy fighting erupted overnight between the Taliban and the National Resistance Front (NRF), the multi-ethnic movement that controls the valley, according to CNN. The fighting continued on Friday morning, with clashes taking place around Panjshir’s Shatal district, according to an anonymous NRF commander. The commander said that hundreds of Taliban fighters had been killed or wounded during the previous day’s clashes, a claim that Taliban officials have denied.

The Panjshir Valley has strong natural defenses and is easy to defend militarily. The valley has two entrances and exits, one on each side; these represent the only way for vehicles to pass in and out, and the NRF claims that it has successfully defended both. The Taliban has attacked from both sides, from the Parwan region to the valley’s south and from the Badakhshan region to its north.

In addition to these incursions, the group has blockaded the valley, severing roads in and out and cutting off telecommunications access. Amrullah Saleh, the vice president of Afghanistan under Ashraf Ghani and the de facto leader of the NRF, claimed that the Taliban had also prevented medicine from being delivered.

The situation on the ground has been difficult to ascertain, as both sides have posted contradictory information, attempting to sway the narrative on social media. Both sides have expressed willingness to find a peaceful solution through negotiations, but these negotiations have so far been unsuccessful.

The valley served as a redoubt of resistance to the Soviet invasion in the 1980s, and was the home of Ahmad Shah Massoud, a legendary Afghan warlord who fought against the Taliban as the leader of the country’s “Northern Alliance.”

The NRF’s numbers are estimated to be in the thousands. Prior to its takeover of the country, the Taliban was estimated by Western sources to have roughly 80,000 men under arms; this number may have gone up in the months since, as the group freed its captives from Afghanistan’s prisons.