The Pentagon Is Doubling Down on Hypersonic Missile Offense 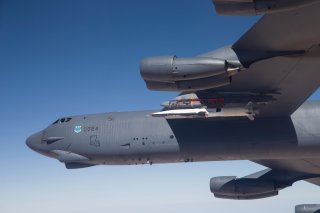 “A good offense is the best defense” is a well-known phrase used by Gillian Bussey, the Pentagon’s director of the Joint Hypersonics Transition Office, to explain the difficulty of stopping attacking hypersonic weapons traveling at five times the speed of sound.

As Bussey sees it, the capability to deliver a lethal hypersonic counterattack, which could be described in terms of a “deterrence posture,” might deter enemies from considering an attack with hypersonic weapons.

According to a statement from the Defense Department, Bussey noted that the cost of engineering offensive vs. defensive weapons is guiding U.S. strategy. “Defending against hypersonics is an expensive and complicated endeavor, while it remains less expensive to develop and launch a hypersonic offense. That’s why, even though the department is focused on both offensive and defensive capabilities, it’s prioritizing offensive systems,” Bussey said. “Research into both defensive and offensive systems yields valuable knowledge that can be used for both.”

However, Bussey did reference the possibility that hypersonic projectiles could operate with a dual-use functionality, meaning key elements of the weapon such as its kill vehicle could be used for both offensive and defensive purposes. Perhaps hypersonic weapons themselves could even be used as interceptors.

“We’ve seen a number of proposals using what could be an offensive strike weapon used as an interceptor and vice versa,” she said.

Bussey’s approach to hypersonics is entirely aligned with the Missile Defense Agency’s emphasis on integrating offensive and defensive capabilities given the high number of potential warfighting synergies.