Pentagon Plans to Ramp up Missile Production for Ukrainian Forces 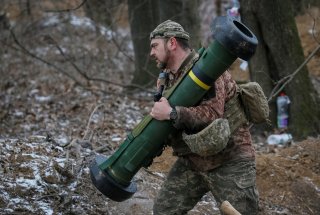 The Defense Department plans to ramp up production of Javelin anti-tank missiles and Stinger anti-aircraft missiles to refill its depleted stocks as it continues to send these systems to Ukrainian forces.

CNN reported on Wednesday that the Pentagon is working with prime contractor Raytheon to increase its Stinger production capacity in a cost-efficient manner. Pentagon spokeswoman Jessica Maxwell reportedly said the options include adding workers, manufacturing new components to replace obsolete parts, and procuring additional tooling and test equipment for the production line.

The Pentagon is also seeking ways to boost the output of Javelin systems, which are currently being produced at full capacity. Citing Pentagon budget documents, CNN noted that Javelin systems can be manufactured at a yearly volume of 6,000. They are made as part of a joint venture between Raytheon and Lockheed Martin in Orlando, Florida, and Tucson, Arizona.

Ukraine recently updated its wishlist of Western weapons to include hundreds more Stinger and Javelin missiles than it previously requested; Ukrainian officials say they now need 500 Stingers and Javelins each day.

Though NATO has ruled out direct military intervention in the Ukraine war, the alliance’s major members have committed to providing Ukraine’s armed forces with a nearly unprecedented degree of lethal aid to resist the ongoing Russian invasion. Kyiv recently received the last of a $350 million military aid package from the Pentagon, with the next two packages totaling $1 billion already starting to arrive. British prime minister Boris Johnson announced last week that the United Kingdom is planning to send 6,000 additional missiles, reportedly consisting of anti-tank and high-explosive weapons, as well as an additional $33 million in financial aid for Ukraine.

"The United Kingdom will work with our allies to step up military and economic support to Ukraine, strengthening their defenses as they turn the tide in this fight.” Johnson said. “We cannot and will not stand by while Russia grinds Ukraine's towns and cities into dust," he added.

Top Russian officials have repeatedly warned that Moscow will target Western arms shipments to Ukraine. Russia’s deputy foreign minister, Sergei Ryabkov, told Russian state media earlier in March that the United States “pumping weapons from a number of countries it orchestrates isn’t just a dangerous move, it’s an action that makes those convoys legitimate targets.” The Russian military delivered a massive swarm missile strike against the Yavoriv training facility located some fifteen miles away from the Polish border on March 14. However, a senior U.S. defense official told the Washington Post that the attack, which the Russian military says killed 180 “foreign mercenaries,” did not disrupt the flow of Western arms shipments.