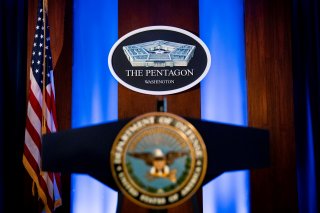 The Defense Department is charting a new missile defense course to better track and destroy enemy intercontinental ballistic missiles and long-range ballistic missiles. It intends to achieve this goal by investing in new technologies engineered to track larger numbers of newer, faster and increasingly lethal enemy weapons traveling near or just above the boundaries of the earth’s atmosphere.

But to do this, it must shorten the pace at which requirements for new technologies are created and refined by looking specifically at how systems from the respective services will integrate with one another in a “joint” warfighting environment.

“There are certain joint capabilities that we had never specified to the joint force which are now called functional battles, joint fires, joint command and control, logistics and information advantage,” Vice Chief of Staff Gen. John Hyten told an audience at the 2021 Space and Missile Defense Symposium in Huntsville, Alabama.

Hyten stressed the importance of working with the defense industry to identify key “gaps” or areas of need within missile warning systems. These gaps can be found in a series of steps needed to find needed points of emphasis within the “kill chain.”

A senior weapons developer with Northrop Grumman said an approach can be summarized in three distinct phases. The first is “to work within each one of these elements within the kill chain, meaning how to optimize systems detect, optimize how systems interact and invest in those systems in each one of those elements,” Mike Ciffone, the director of Northrop Grumman’s Strategy, Capture and Operations for OPIR and Geospatial Systems, told reporters at the Space and Missile Defense Symposium. The second way a person “could approach this is by investing in new capabilities and new technologies within those elements,” he added. Once vulnerabilities within a detection network are found, then areas of investment in new technology to address them can be fast-tracked and targeted to specific needs.

“The third one is the one that we have focused on, and that is really looking at the gaps and the seams in the kill chain, and discovering what are the enabling technologies that help us tie those capabilities together,” Ciffone said.

Ciffone emphasized that Northrop Grumman has been working to identify and invest in promising technologies in an effort to anticipate the Defense Department’s missile defense needs and try to stay in front of emerging requirements. While details about many of these systems may not be available for obvious security reasons, they likely involve things such as long-range, high-fidelity sensing, fiber-optic communications and new transport layer communications technology. This will enable them to instantly “network” or share threat data much more quickly than has previously been possible.

“We have actually discovered that there are certain technologies and capabilities that we can invest in that will help us tie the elements of the chain together,” Ciffone added. “This has been significantly important. We believe that we've been investing the last two or three years in those capabilities and those technologies to help define our approach to doing this by looking at it from a system of systems perspective.”

One such technology can be found through Northrop Grumman’s existing deal with the Missile Defense Agency (MDA) to develop a new network of fast-moving, networked, space-based sensors engineered to “detect and track” hypersonic threats as they quickly move from one radar field to another. Northrop Grumman received a $153 million deal from the MDA to develop a hypersonic and ballistic tracking space sensor.

“We’ve got a (Critical Design Review) coming up here later this year as we work toward delivering the prototype in 2023,” Ciffone said.