Pentagon Reiterates that U.S. Troops Will Not Deploy to Ukraine 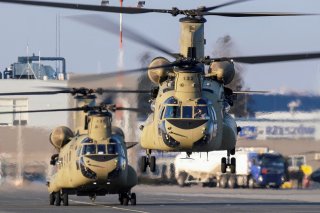 The United States will not deploy military forces to defend Ukraine from a Russian invasion. It is that simple and clear, according to Department of Defense spokesman John Kirby,

“The President has made clear that U.S. troops are not going to be fighting in Ukraine,” Kirby said on Monday. “The troops that we have added to the already 80,000 that are based in Europe are going to reassure our allies and our partners to deter aggression against the alliance to conduct some joint training.”

Some additional American forces are being sent to Poland, but there are no plans for them to depart for Ukraine.

"There's no intention, there's no plan, and there's no approval to put these troops into Ukraine," Kirby said. "They're being sent to Poland. They're going to stay in Poland."

The red line for the United States and NATO, when it comes to a willingness to engage in actual military conflict, seems to involve NATO and Eastern Europe. The goal of recent U.S. troop deployments to Europe is to bolster the defenses of NATO member states. Combined U.S. and NATO forces are conducting drills and solidifying interoperability in the event that they might need to enter combat.

The United States has maintained its support for Ukraine in recent weeks, though. American weapons, such as Javelin anti-tank missiles, have been sent to Ukraine. U.S. officials have discussed the possibility of swift, severe costs imposed against Russia in the event of an invasion.

Some have speculated that an invasion of Ukraine could result in long-term Russian counterinsurgency campaign against Ukrainian forces potentially supported by the US and allied partners. Any insurgency in Ukraine is likely to be difficult, given that Russia operates as many as 850,000 active duty forces, according to Global Firepower, as compared to Ukraine’s 200,000.

The situation with Ukraine has led Secretary of Defense Lloyd Austin to plan a trip to Poland, Lithuania, and Belgium this week. He is expected to meet with senior leaders from those countries and NATO members. Kirby said Austin plans to reiterate the US commitment to Article 5 of the NATO charter ensuring collective security.

Kirby was careful to avoid speculation and did not comment on specifics, yet he was very clear that it entirely possible that a Russian invasion could happen as soon as this week.

“(Vladimir Putin) continues to advance his readiness, should he choose to -- to go down a military path here, and should he choose to invade again, he is doing all the things you would expect him to do to make sure he's ready for that option, or options,” Kirby said.