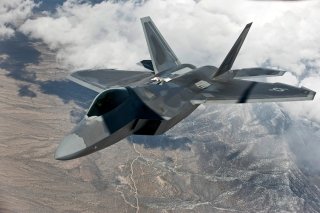 On behalf of the U.S. Air Force, the Department of Defense awarded five equal contracts to defense industry heavyweights to develop America’s next jet engine as part of the Next Generation Adaptive Propulsion (NGAP) program. Specifically, the awards have gone to Lockheed Martin, Northrop Grumman, General Electric, and Pratt & Whitney.

The advanced propulsion system will power the Next Generation Air Dominance program, an initiative that will field the United States' sixth-generation fighter but could also be retrofitted to the F-35 stealth fighter platform and even fourth-generation fighters as well.

A Department of Defense notice explained that each contractor “has been awarded an indefinite-delivery/indefinite-quantity contract with a program ceiling of $975,000,000 for technology maturation and risk reduction activities through design, analysis, rig testing, prototype engine testing, and weapon system integration. The contract is for the execution of the prototype phase of the Next Generation Adaptive Propulsion program and is focused on delivering capability enabling propulsion systems for future air dominance platforms and digitally transforming the propulsion industrial base. Work…is expected to be complete by July 11, 2032.”

Though the Secretary of the Air Force, Frank Kendall, has hinted that the Next Generation Air Dominance program has not entirely finalized the jet design, the advanced aircraft is expected to prioritize stealth, advanced sensors, range, and payload capacity instead of maneuverability.

Though very little is publicly known about the NGAP program, it is expected to offer significant advantages over preceding jet engines in combat and ferry radius, better acceleration, and superior fuel efficiency overall.

One of the potential pitfalls of the program, should the engine be integrated into the F-35 platform, is with the F-35C variant. The F-35C’s short take-off and landing ability is due to its large central fan, which is shaped differently than the other engines and complicates the variant’s future integration across the F-35 fleet. Still, it may be necessary to get a new engine for the future of American aerospace capacity.

John Sneden, the head of AFLCMC's Propulsion Directorate, explained that “a portion of the industrial base would begin to collapse,” if the NGAP is not developed. “If we end up with one vendor there, if we don’t move forward with AETP, that vendor can actually get us into a place where we have, essentially, a reduced advanced propulsion industrial base,” he continued.

Only two out of the five defense companies that received Department of Defense awards are typically involved in aerospace development. Yet, perhaps given the precarious nature of the United States propulsion industrial base, the Pentagon is attempting to jumpstart investments into jet engine research and development.