A "People's War": How China Plans to Dominate the South China Sea 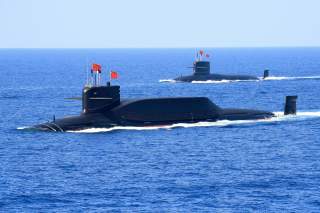