This Picture Should Terrify You: The Lucrative Opium Trade of Southern Africa 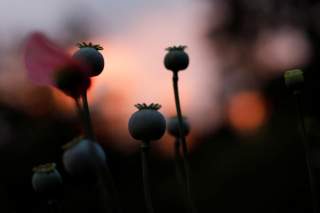 The reach of European empires and of Indian Ocean trade networks drew southern Africa into the global politics of opium around the turn of the twentieth century. Between the late 1880s and early 1920s and there was a shift from economies of supply to regimes of control.

The colonies of Mozambique and South Africa were caught up in these big changes.

In a recent paper I highlight how oﬃcial and unofficial actors shaped and responded to the global politics of opium and, in diﬀerent ways, worked to beneﬁt from these developments.

With a focus on Mozambique and, especially, South Africa, I demonstrate how the changing global politics of drug supply and suppression inﬂuenced local colonial social and political processes.

I also show how these histories inﬂuenced events worldwide, including the first efforts to use the League of Nations to control the international cannabis trade.

In July 1877 an unpleasant surprise greeted British Imperial consul, Captain James Frederick Elton, as he led an expedition through the Zambezi valley in Mozambique. An agricultural experiment was underway, and it seemed to be thriving. The enterprise was Portuguese; the crop was opium.

This was a problem for him because there was open contestation between European countries hungry to colonise the continent. Elton recognised that active farming in this region was bad news for British interests and claim-making.

Worse, the healthy crop of Papaver somniferum heralded a new source of competition with British Indian opium that monopolised the lucrative Chinese market.

In 1874, the Mozambique Opium Cultivation and Trading Company launched its experiment with £180,000, a concession of 50,000 acres of Portuguese crown land and exclusive rights to duty-free export for 12 years.

In fact, growing opium in the Zambezi valley proved a short-lived venture.

In 1884, poppy cultivation was ended by an anti-colonial uprising. Although the violence had broader aims and targets, African workers were motivated to destroy the opium plantation because of the company’s extortion of workers through taxes and forced recruitment.

Quests to profit from opium were taken up in a different way further south.

By the early 1900s the consumption of opium and its alkaloids, like morphine, were well established in southern Africa. A common ingredient in over-the-counter patent medicines, opiates were distributed by shopkeepers, pharmacists and missionaries.

Because of disproportionate access, white citizens were most at risk of forming a ‘habit’. Afrikaans poet Eugene Marais was famously a life-long morphine injector. At least one historian has argued that the writing career of Olive Schreiner was, for a time, hampered by over-consumption of opiated Chlorodyne.

Opium also figured in labour control. Early in the century, until 1910, the Transvaal legally imported tons of opium for the use of migrant Chinese workers recruited to the gold mines. It legislated a formal system of opium provision for these workers and farmed the revenue through a customs act.

Opium consumption was entirely legal. Nevertheless, especially from 1910, the South African government sought to regulate all forms of opium sales. Police showed most interest in opium used for smoking and occasionally raided ‘opium dens’. In 1910, police reported six such venues in Cape Town. All were in fact just rooms in private homes. Salon owners supplied opium, along with the pipes and lamps used to smoke it.

Their patrons were a small and eclectic community. There was, for example, William Birch, a ‘Coloured’ Pierrot troupe player, small time drug dealer and police informant; Daisy Harris, a ‘European’ hotel barmaid; Mr Kong Lee, who ran a laundry with his wife, a ‘St Helena woman’; Hamat Rajap, a Muslim tailor; and Richardson (alias ‘Country’), a black American traveller.

In Cape ports, sailors brought opium. Train stewards were known to move it inland. Some medical professionals also profited from a sideline supplying opium. In Johannesburg, risk-takers could try their luck smuggling Indian opium from up the coast and the port at Lourenço Marques (now Maputo).

After 1910, quantities of opium in circulation remained relatively small. Yet, international opium conferences held in the Hague in 1912 and in 1914 identified the Union of South Africa as a critical region for controlling ‘dangerous drugs’. Bordered by two oceans, with multiple ports and a growing pharmaceutical manufacturing sector, the Union was instructed to embrace the protocols being drafted.

But South Africa dragged its feet. That is until the 1920s when government officials such as Jan Smuts, who served as prime minister of the Union, promoted restrictive legislation.

Smuts was also one of the architects of the League of Nations. He soon recognised that the international campaigns against ‘dangerous drugs’ could suit local political aims.

The government led by Smuts sought to control the consumption and production of cannabis (known as ‘dagga’ locally) within its borders. Cannabis had been used as medicine and recreational intoxicant by indigenous communities for at least 500 years. But the British colonial view of the plant became woven into narratives that fed white panic about crime and racial control.

South Africa requested that international bodies add cannabis to the ‘dangerous drugs’ list. With support from Egypt and other nations, cannabis was – along with opium, heroin, and cocaine – criminalised internationally in 1925.

The South African government also set about putting rigorous controls in place on the Mozambican border. The drive to control ‘dangerous drugs’ therefore also bolstered its capacity for territorial sovereignty.

Thembisa Waetjen, Associate Professor of History, University of Johannesburg. This article is republished from The Conversation under a Creative Commons license. Read the original article.